I learned photography when it was about shutter speed, chemicals and lighting in an age when post-production meant the dark room. My how times change. I came back to photography fairly recently, say the past 10 years, and consider myself pretty good but nowhere near have the technical skills a real seasoned pro might have today - despite all the digital enhancements. or perhaps because of them.

Today, you are seemingly not done until you have polished it up in photoshop or something. No lighting? Hit a button. Well, not quite.


DayTripper's Bryan Weiss, Co-host of a popular TV Show and Web Show, would probably have a thing or two to say about the subject, as would Photoshop expert Ron Clifford, both slated in at the Newmarket Photo Expo event.

But you still can't get away from the need to capture that image in the way you are trying to, whether trying to photograph an artful piece or a fireworks display, a portrait, or a moment in time.

In fact Daytripper's most recent Macro photography session featuring " The Snowflake Guy", Don Komarechka, well known for his spectacular macro photography and creative techniques, sold out in days. Don too will make himself available to the Expo.


"Every photo should tell a story" Bryan Weiss 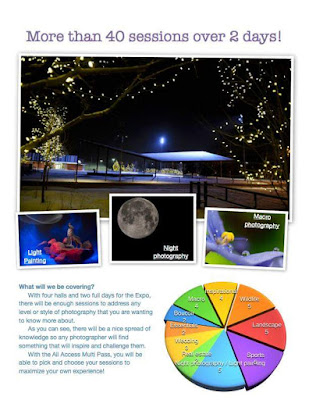 Make no mistake, photography even in the digital age, is no inexpensive hobby and includes industry professionals, so it's a sponsor's dream clientele so to speak; that being, its attendees are of a type that have more disposable income than most or are connected to media or are industry professionals. Win, win for a sponsor wanting to get in their face for a close-up... as well the online and other medias exposure generated through both ads and media content pieces.

Expo 2015, slated for September 19-20 Contact Daytripper Photography to get on board.

Collingwood, Ontario has long now been renowned for its Elvis Festival, this year July 23-26, and in fact I performed there and competed a few years back. Another story for another day. Let's just say they entered me in the wrong category. Lol. But I do recall being intrigued by the pop-up Elvis paraphernalia shops, and street corner side-burns selling vendors, and the general atmosphere that grasped the theme and embraced it. As I'd walked around town in my Elvis attire I frickin felt like Elvis the way I was treated, feeling an obligation almost to stay in character, at one time having a group of dozens of visiting Japanese tourists wanting a group shot. It was maniacal!

There all types of festivals, themed after as many themes as you can imagine, Blues, Jazz, Comedy, but in the end the most imaginative, and ones that best stick to a theme with a broad range of possible attendees win out. They will attract the better acts long run and that in turn will grow attendance.

And no one type is immune to losing its perch either. The (Toronto) Beaches Jazz Festival, this year being held July 10-26, has never again reached its lofty attendee perch once attained although they are hanging in there, and the always edgy EdgeFest is a hanger onner event still. 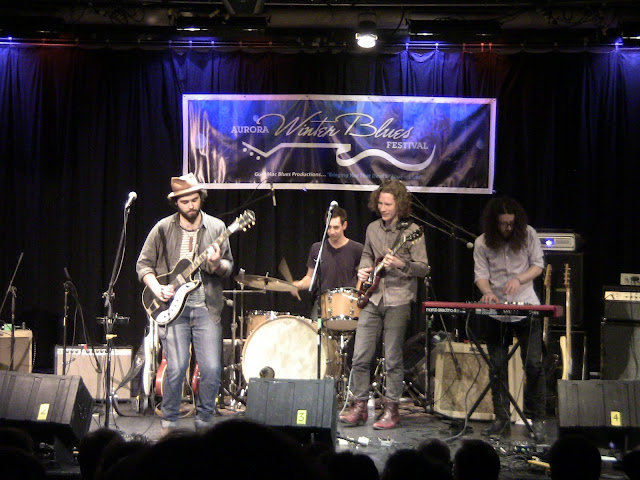 Newmarket also has its TD Jazz+ Festival upcoming July 31, 1, 2, 3 and it's grown in leaps and bounds since its inception a few years ago. Adding the + has opened it up to a broader range of music and talent, and kept skeptics of it not being a jazz festival, like me originally, at bey.

Markham had their festival June 19, 20 while Unionville's was June 4, 5, 6, however their Thursday night's Music in the Park by Unionville Presents, sports a superb level of talented, mostly clone type acts, including recently The Caverners who cover The Beatles.

The Caverners did a superb job with their 60's mop top era version of The Beatles on this night, and looking around at the diverse crowd, including diversity in ages, one could envision an entire festival around them. People just couldn't sit still, and the on-stage persona of the talented band helped perpetuate the mystical feeling. Their suberb vocal abilities and spot on instrument play, along side the lookalike factor, sure made for a great time. Orillia Ontario has recognized the potential, hosting a competing festival with Collingwood's Elvis Fest, with a Beatle mania type event, July 24, 25, 2 6 in 2015. The whole strip gets into it including a store dedicated to The Beatles and stages featuring some top Beatles-like performers. As John might say, "Imagine that!"

For a complete listing of Ontario's festivals see this link.

Watch for TPE updates on BeatleMAINia 2016!

BeatleMainia coming to a Main St near you!