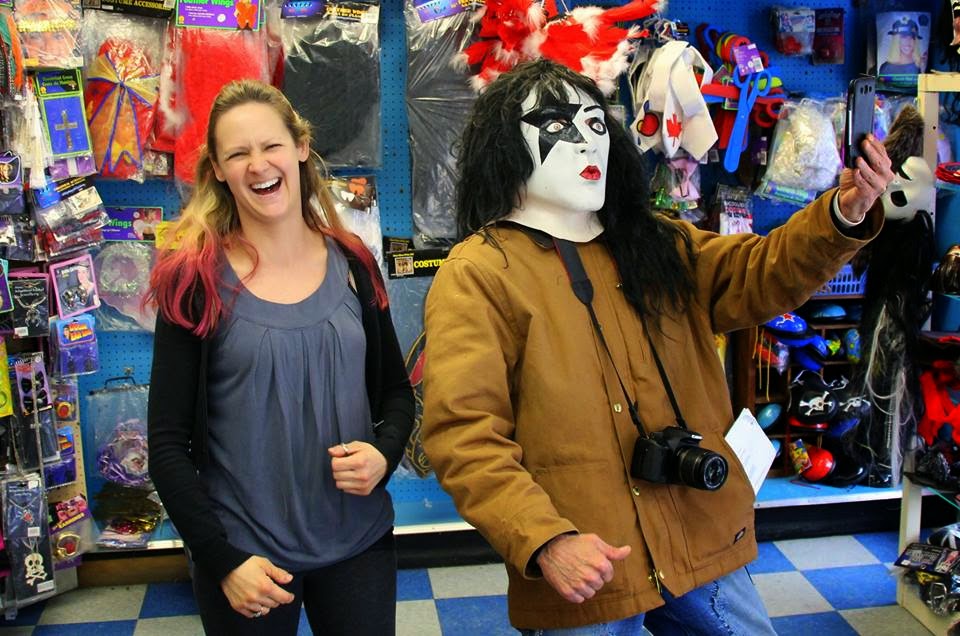 The old Myers Variety sign has been unveiled with the removal of the Myers Costumes banner sign. I'm sure that'll be gone soon too. I'm going to miss the old gal. Not the sign, the lady.

Of course she wasn't always an old gal, in fact in her day she was like a rock star of her time, a famous world wide performing opera singer whose family business in Newmarket helped keep the town fed during the war and through hard times. The proprietor of Newmarket's longest running one family owned business, Jenny Myers, has quietly retired, with the inventory stock being taken over by her long time manager, Cassandrah, and re-launched as Cassandrah's Costumes. No media story, no announcement, no parade. 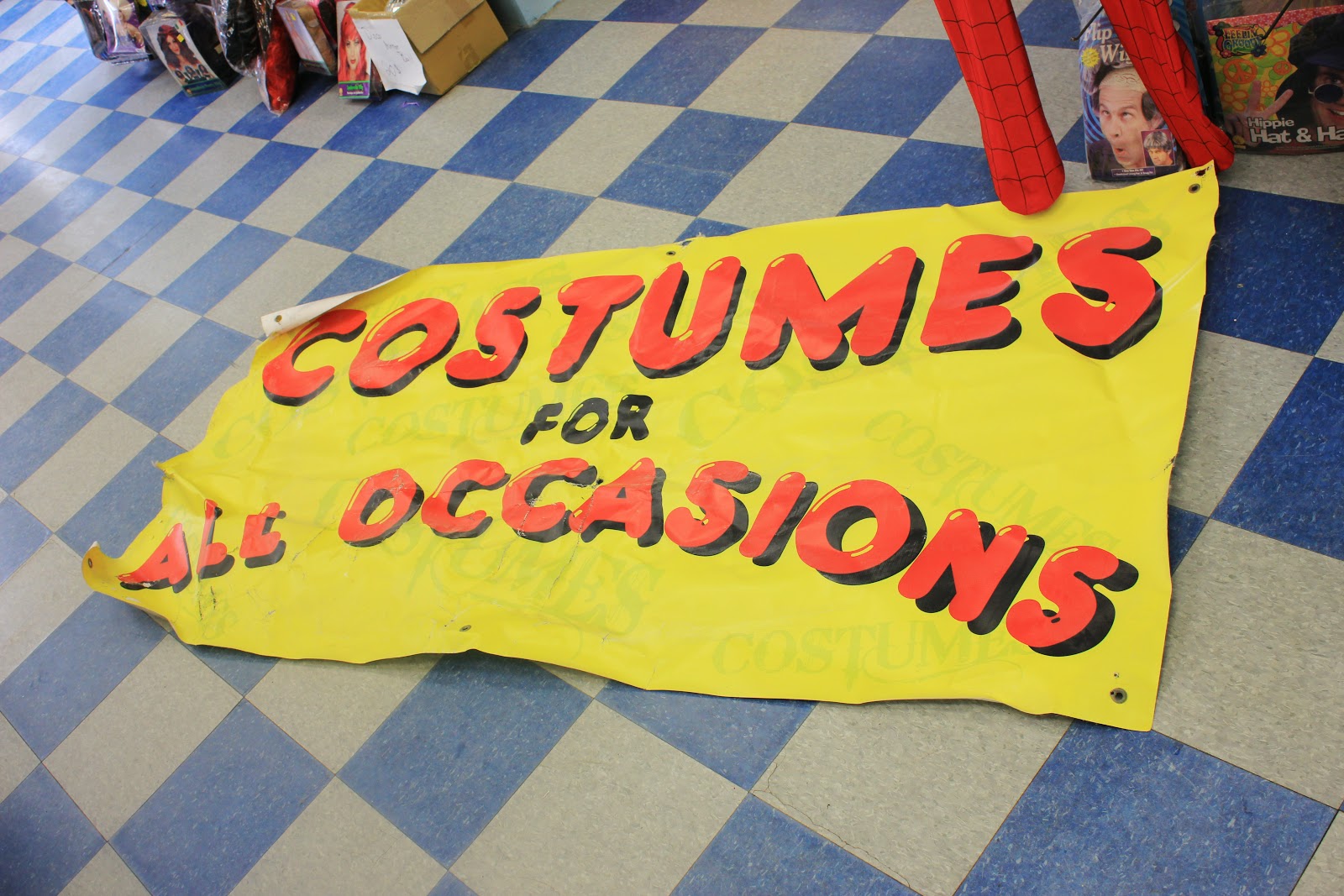 On occasion I'd pop in and often Jenny would relay through spurts of outbursts in bit and pieces about the past, almost seemingly wanting to tell it all at once, as if she might forget if she didn't. Myers was  more of a grocery store in the early days, and, during the war, people would line up down the street on payday to pay them back for items given on credit. In fact, there are many stories of the generosity of the family to members in need in the community over the years and 'young" Jenny carried on the tradition until she could no longer.

In turn I'd relay stories to her that when kids we used to ride our bikes from Aurora just to get their candies and batman cards, the back cat gum, wax lips, 3 stooges cards etc, you name they had the best and got them first before anyone else. Just like the costumes, likely a spinoff connection from the opera singer days.

Recently it officially became Cassandrah's Costumes, although if truth be known she's been running it for Jenny for many years now, having been with her over 10 years, and helping bring the now costume only business into the 21st century by adding an online precense and getting into costume rentals which previously they'd been strictly sales. 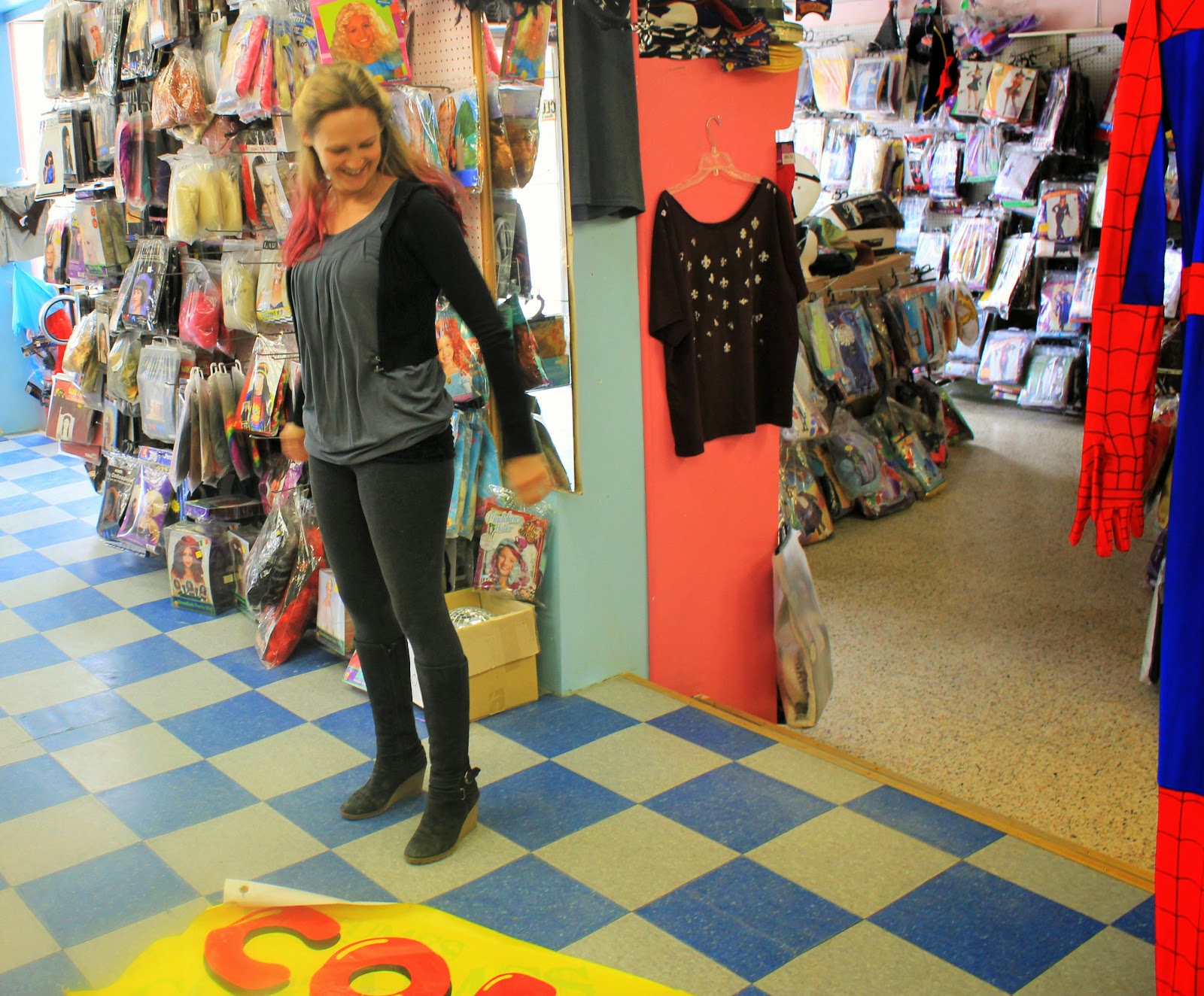 Her replacement is no slouch either and a hard working mom who just wants to make it all work and continue doing business as best she can until the lease is up in December. From there she's not sure, but hopes to find a location on south Main St. by that time, and continue the Myers' legacy by keeping the store exactly the same. Heck, she'd have kept the name if in changing ownerships it was allowed. Who knows, maybe she'll add some sweets in a corner spot in memory and call it Myers Corner Variety...

MYER'S VARIETY, Gifts, Costumes, we thank you for your years of service to the citizens of the town of Newmarket and to your contributions to making it what it is today! Bye Jenny! 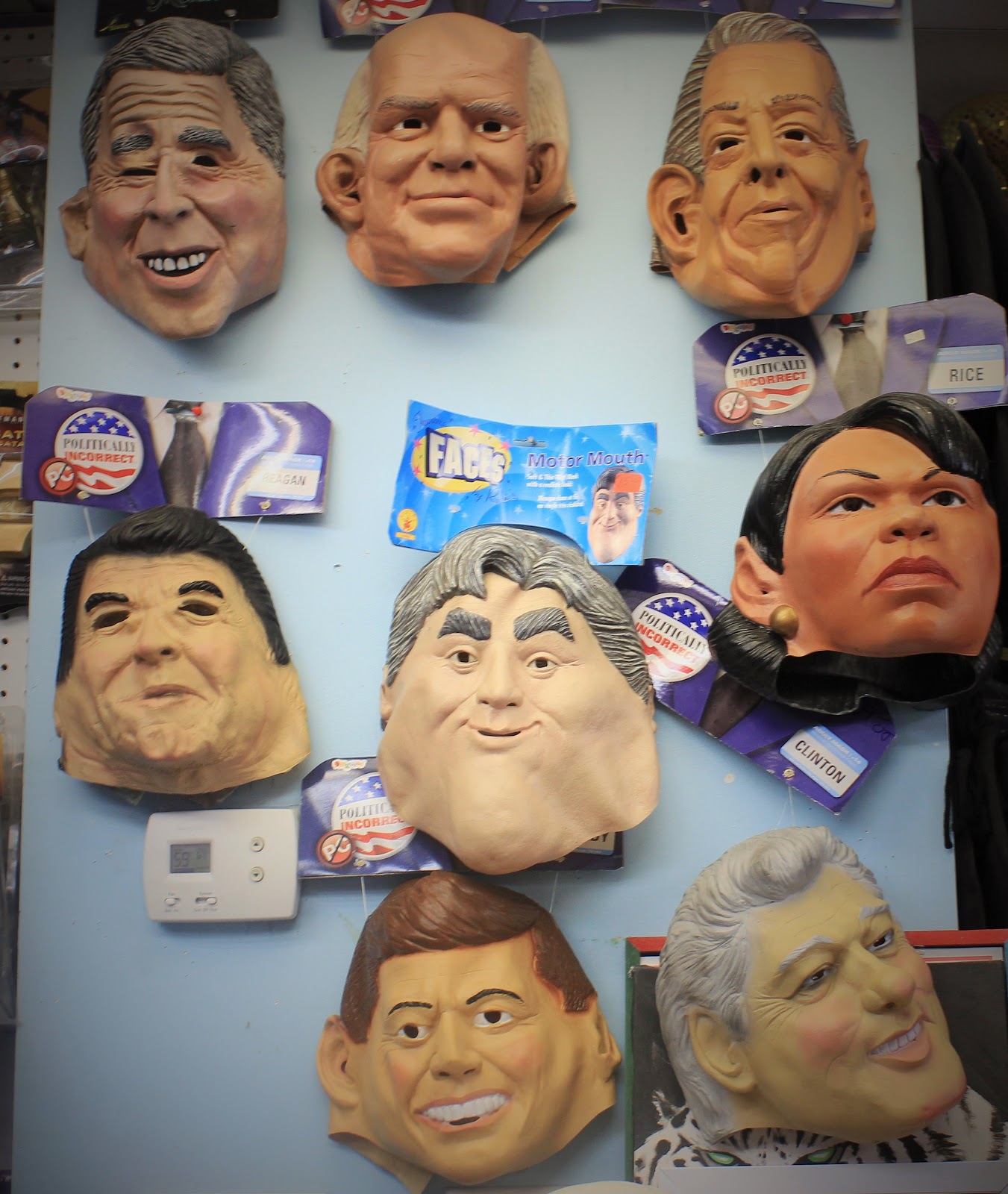 Canada paved the way in North America for same sex rights, years ahead of the U.S.A..
A THIN PINK LINE! History has a way of rewriting itself and this powerful capture of Same Sex Rights history, caught during the time period when same sex marriage was being debated on the streets and in parliament is caught during the making of the world's first ever international same sex wedding show held in Toronto, Canada. Please share with anyone you feel might want to help ensure this important film gets made. A Thin Pink Line recently won Best Documentary at The PlaYR Video Festival in York Region, Ontario, Canada.
Based on the success of the short version of A Thin Pink Line, TPE is now looking towards producing a feature length version with over 22 hours of footage to work with. If you'd like to help make this happen contact TPE!
Email ThisBlogThis!Share to TwitterShare to FacebookShare to Pinterest
categories Canada, History, Marriage, Ontario, Rights, Same Sex, Same-sex Wedding Show, USA, Wedding Show, Weddings
Newer Posts Older Posts Home
Subscribe to: Posts (Atom)