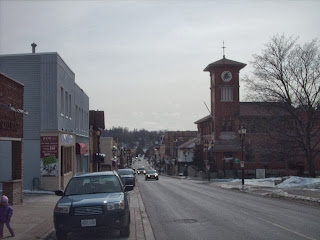 As mentioned in a photo-op / Era newspaper article, Google Canada visited the Town of Newmarket Ontario, Canada recently to congratulate the town's businesses and present an E-town award, having been singled out as one of five communities from across the nation as top users of web based technologies, applications and social media to better their businesses.

The Town's Mayor as well as select invited guests,  I'm assuming at behest of the mayor since we hadn't been informed even though TPE is a registered Google+ business  which most chamber's businesses are not yet, were invited to be so recognised. Nice, however it left out 90% of the businesses which Google were honouring and recognizing. In fact, most chambers of commerce would traditionally encourage options within their own group which may not necessarily be the best option, so Mayor Van bynen is in no position to credit anyone with anything,
Google already did that.

So don't be smoke screened by the town's mayor taking credit or crediting the chamber of commerce either, as it is to the businesses using the technology  for furthering their value to which Google is referring in it's tribute to the town's businesses, most of which actually work outside the chamber or don't even sport a physical address for doing transactions but maintain a web address that's registered to a Newmarket land address. The chamber's model, with it's parameters, works well in-house. Google's Search engines and Google+ don't "disseminate" however, and include all - especially if they are registered with Google+ as a business.


...And the town supports technology use? Ha, the legal department threatened to sue for (Google) blogging about an event I volunteered at! Of course they did stop when I revealed a staffer had encouraged me to.


I recall Newmarket's longest running family owned business, Myers Costumes on Main, being ignored in her pleas to have temporary costume stores from popping up on every corner at Halloween. Her family was here helping during the war fronting hungry people.... Now we ticket her for youth graffitiing up her place.

The internet's online ordering saved them no doubt, but no thanks to the town.


To give a simple demonstration on how the Google thing works, it's like this, Google has massive "search engines" with wide reach, and their web reach includes owning blog and video host sites now. It's not enough to have a website if you want to increase traffic / visitors, they must be interrelated online and you need to have interesting, relevant, related, "intelligent" info added regularly. It is all relatively simple to do and self maintain after it's set up and linked together.

How does Increased Search Engine Recognition affect a business? 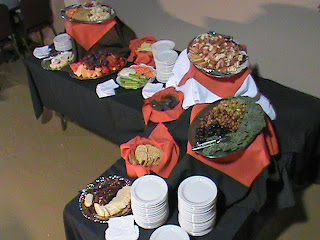 Example: When TPE first got involved with Delihouse Catering in Newmarket a little over a year ago for our online streamlining service, D.H. ranked sporadically in computer engine searches. By adjusting the website's word content and titling, then adding / attaching blogs & Videos, combined with the added ability to add new relevant content regularly, and by using effective titles, we created more awareness and qualified online traffic; and so now if you do a web search for Newmarket for Catering, they rank 1 or 2 regularly...

Should management have time from all the extra business to also blog or add more facebook and other content than they currently do, they could maintain # 1 likely, and rank even higher for relative search terms. To ease the load, Deli House Catering were recently recognised as a Google + business through TPE's application on their behalf 6 months ago. This gives them an alternate URL address, as well as Deli House Catering will now also enjoy increased search engine recognition. That's something you can gauge also.


The next challenge D.H.C. has is the branding of their hall as STELLAR HALL where TPE has seen, booked or promoted many of an event already at this stellar, live venue and banquets hall facility! TPE can even backtrack blogs which are already written to stand to test of time and add relevant links or change names like adding Stellar Hall as TP's blogs are read 2-300 hundred times a day naturally by people who want to - just like you just did!

It's one thing to have a wonderful website or one set up steam-lined and ready to do business, but wouldn't you want your company / product / website being the one that comes up in searches or stumbled upon naturally, and not just when someone is tricked or you've sent them there?

It only makes sense. In fact, I guarantee it does.

Actor Audition Opportunities..Never too old for the casting couch! 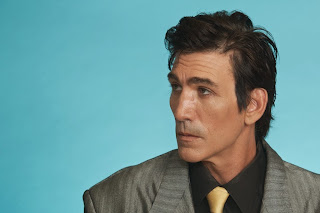 Actors have an interesting life to say the least. In my case I haven't really attacked being a full time or even a part time actor for tv and film for various reasons since I was in my 20's, but I never gave up the dream. As I gazed around the casting couch room full of competing 20 somethings, I wondered if it wasn't too late.

First, as a single dad it was next to impossible with the hours / times of day demanded and not steady enough to sustain you over the early years with kids, besides from my experience, having come home to a tits-up babysitter on my floor with a 3/4 empty bottle of rum on the table and a guilty looking roomer who you'd also had to rent a room out to to in order to survive skulking nearby, all night daycare was not an available option.

But I always kept a toe in "The Biz", and that is exactly what I told the likely Director and Casting Director the other day before exiting the audition room. I also thanked them for the opportunity and left( kissed ass with eye contact) thinking I'd almost aced it. There were a few things I could have done better, like my air guitar performance and my directed "mock anger to the cameraman look", but I'll come back to that.

I always keep my eyes to the ground for opportunities for anyone who comes across the TPE front, but on occasion something will spark that competitive spirit in me and personal desire to act / perform. I just didn't it expect to come in the form of a national campaign with me as one of three stooges-like characters dressed as giant condoms and projecting a message about " consent".

Time to explain. here's an excerpt from the casting search: 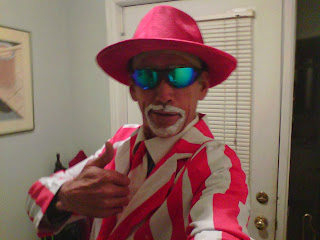 Superhero - The camera is close up on you. you’re a superhero that just saved the world from rickets, or something. look like it.

2) Hot dogs - look down in front of you. there is a hot dog assembly line, hundreds, thousands of wieners are going by …. after a while they start to look …… less than appetizing.

3) Tightrope - you’re standing facing stage right. you have to walk five feet, mimicking walking across a tightrope over a deep canyon.

4) TV - you’re facing us, pretending to watch TV. we’ll toss you a tv convertor for a prop. we’ll provide the sound effex, every few seconds the channel on the TV changes, and we’re looking at you react to what you see on the screen. no one, of course, knows what’s on the screen. this is what you’ll hear.
5) Finally …. you gotta dance. ..60's style - you have about fifteen seconds.

You Get the picture?...Sigh....Let's face it..if Actors are willing to resort to lowering themselves to such standards just to be a part of a national campaign as a giant condom then they, er we, are nothing more than common publicity whores, so I've changed my mind, I'm not interested in the role anymore........I wonder if they'll call? I hope so, Ah, er, I mean, I'm glad they haven't.

Hey! With the invent of products like VIAGARA, the casting couch is always in play as well, so never give up your dreams! Ha. See you in the movies!