Twenty years ago, as Entertainment Editor in Newmarket at Cover Story Newspaper York Region, I wrote a Tom's Top Ten List of Eateries / Dining Out guide section and listed my fave restaurants, often writing about the places listed through my food review-like diners column "Local Flavour" and about entertainment in "At The Clubs" including the York Region and Newmarket area nightclub listings. 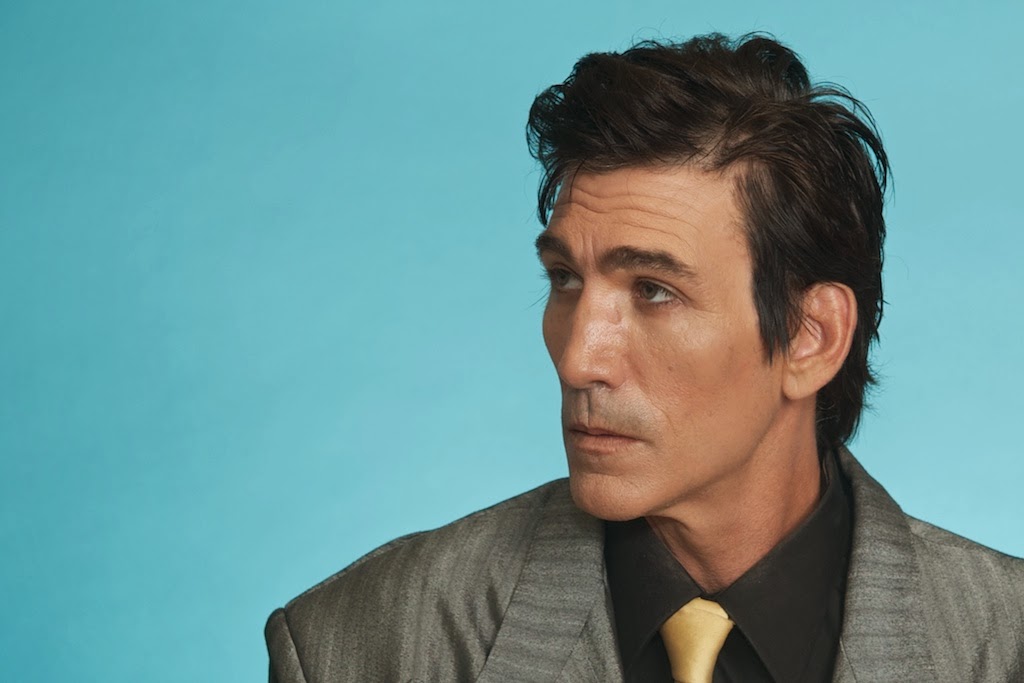 Tom's Top 10
Here is a list of Tom's Top 10 hospitality establishments that combine entertainment and dining out within 10k radius of Newmarket. 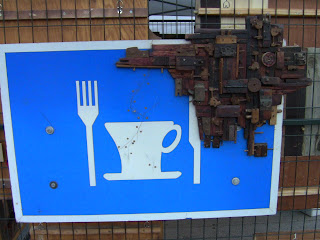 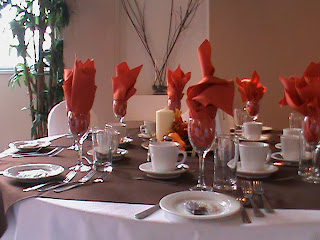 9- Aurora - Dancing
The Graystones Restaurant & Lounge
14889 Yonge St 905-727-9561
New sign, but nothing much else has changed. Graystones Aurora is actually only open Saturday nights for 30+ Dancing w DJ, except on the rare occasion, although the restaurant part is open all week long. Odd quirk. Been that way for years. Popular Sat singles haunt.  Small town service. I remember reviewing the wiener schnitzel  for " Local Flavour"."T'was supoib" then. $5 Cover - $10 after midnight. 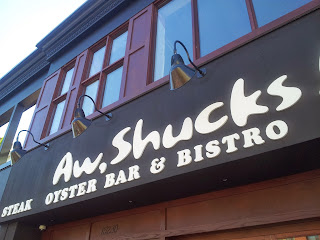 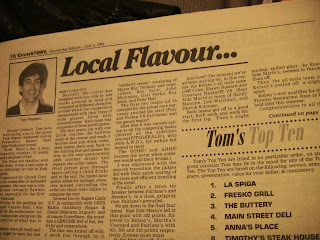 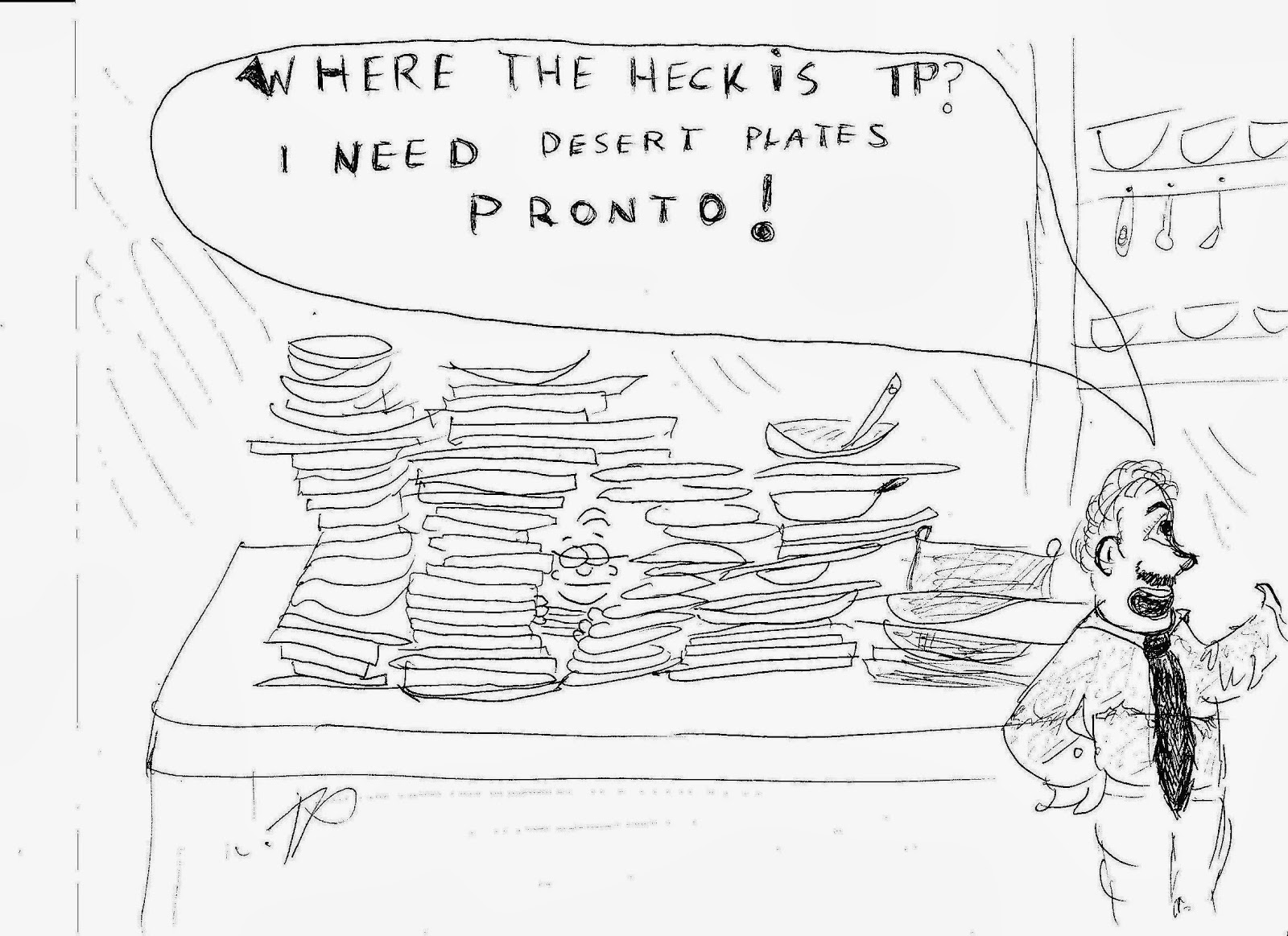 Toms Top TO Pick
#PartyAdviserGuru Val  of Parties Without Borders and Toot's Capital fame tells me.

You can check out her other TO picks here!
Tom's Top 10 Video!

Invite TP to visit and sample your hospitality and we'll cover you in an industry blog!
Or we can feature just you! We guarantee to rank highly in Google searches by people looking for restaurants or clubs of YOUR TYPE!

January is the slowest time of the year in the restaurant business so it's important to stay aggressively vigilant to attract guests during those times. Creative strategies including food and drink deals can work as long as they are communicated enough, and live entertainment can sometimes drag people up off the couches or even an alluring dance floor. 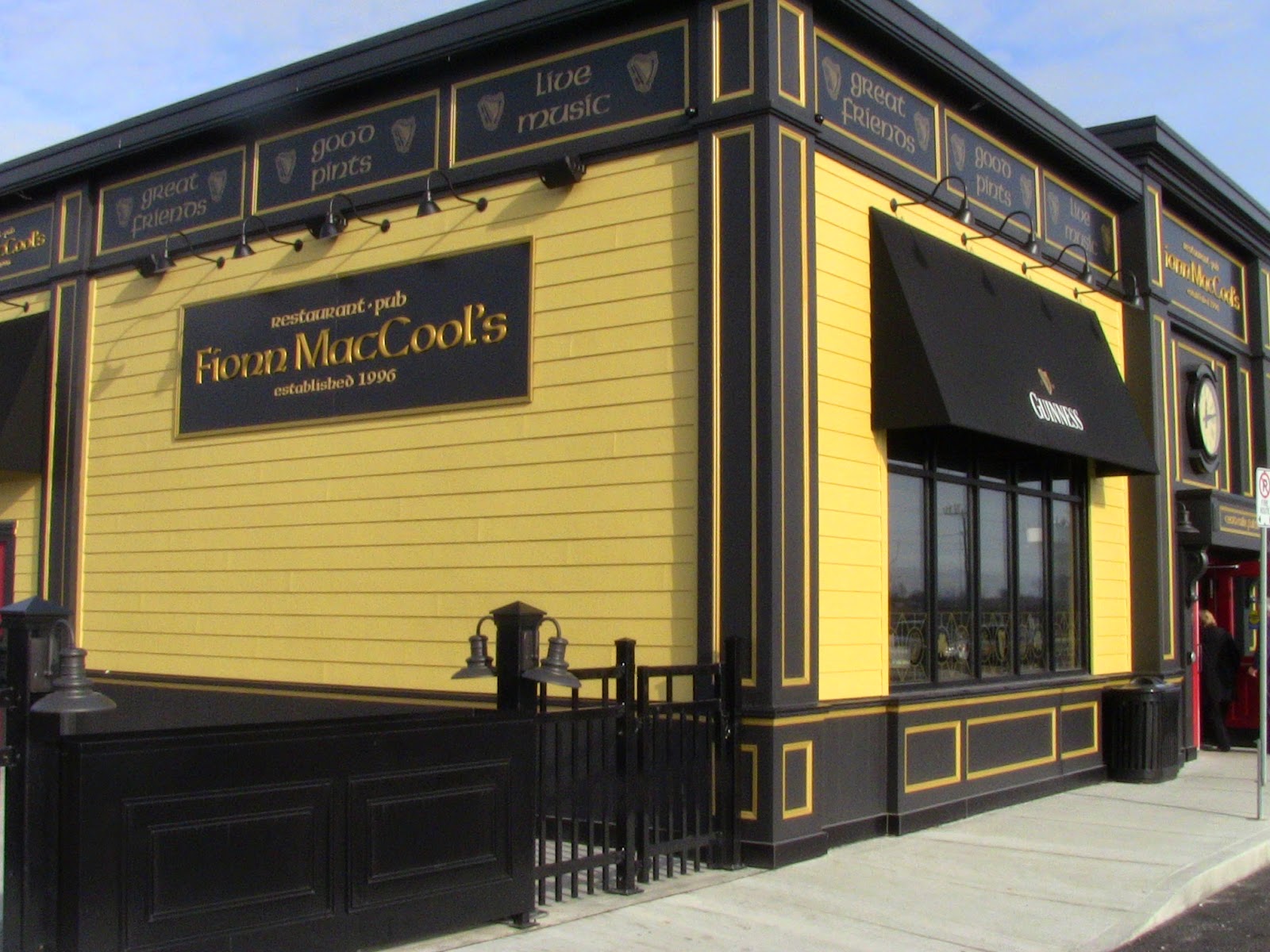 Tom's Top 10 Dining and Entertainment Guide includes local locations within a 10k radius to help you achieve that, but what will keep you returning - aside from being served a good product at a good value - is being given an experience that made you feel good. Good old fashioned hospitality. 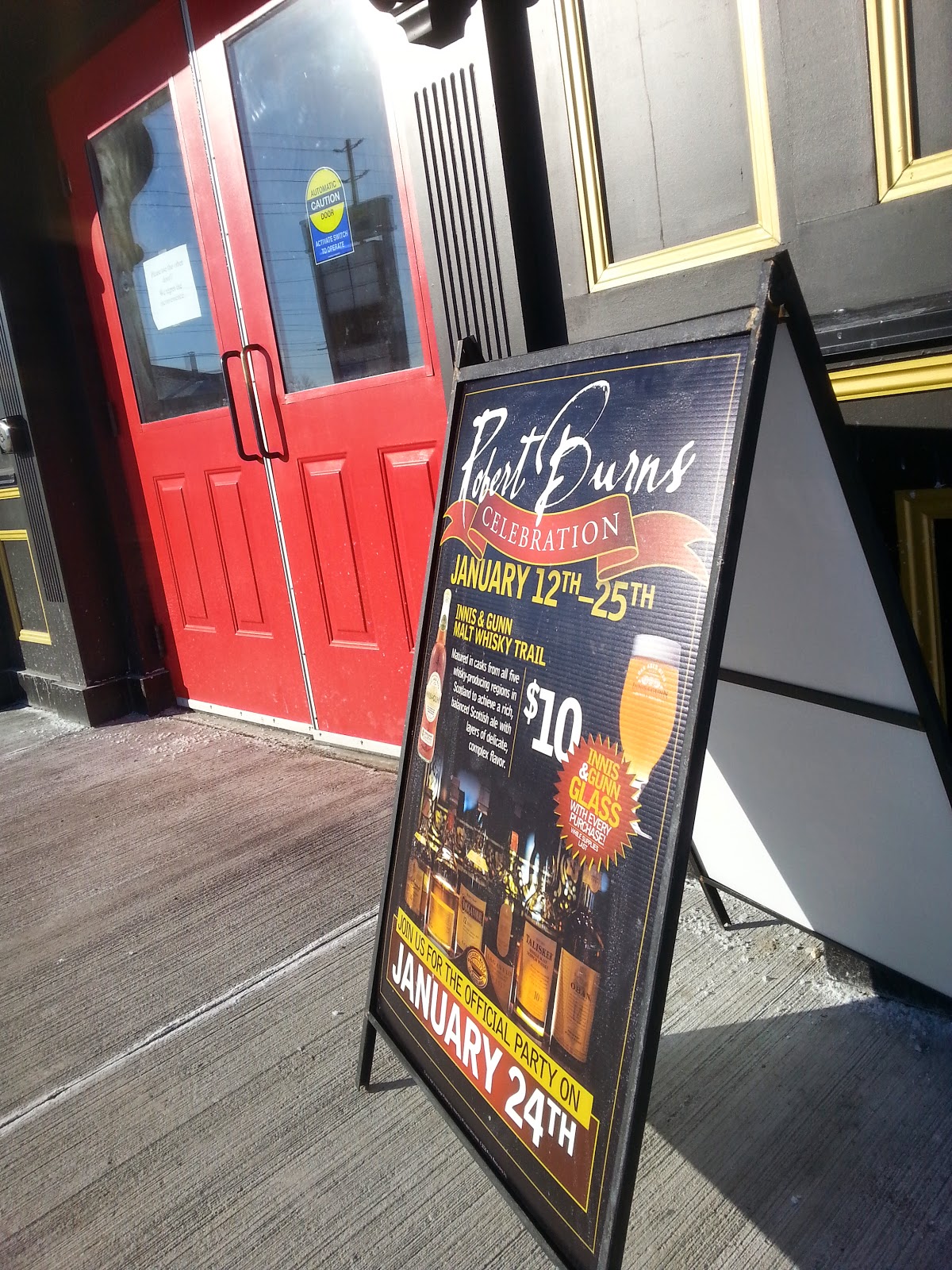 I remember writing years ago, in Local Flavour, how I felt that element was a lacking one in Newmarket. One busy establishment for example would not greet me with a "Hello',  a "How are you", or a "Hi Tom" even, as some try to do to impress...No..this complacent barkeep used to simply say to me, ' What can I get you?" followed by a smiless blank stare..then bring it and leave to chat with her better guests one would suppose...Not the hospitality I was ever taught through my years in the industry, nor would have tolerated as a manager, although, I must say, bad habits die hard when surrounded by it. 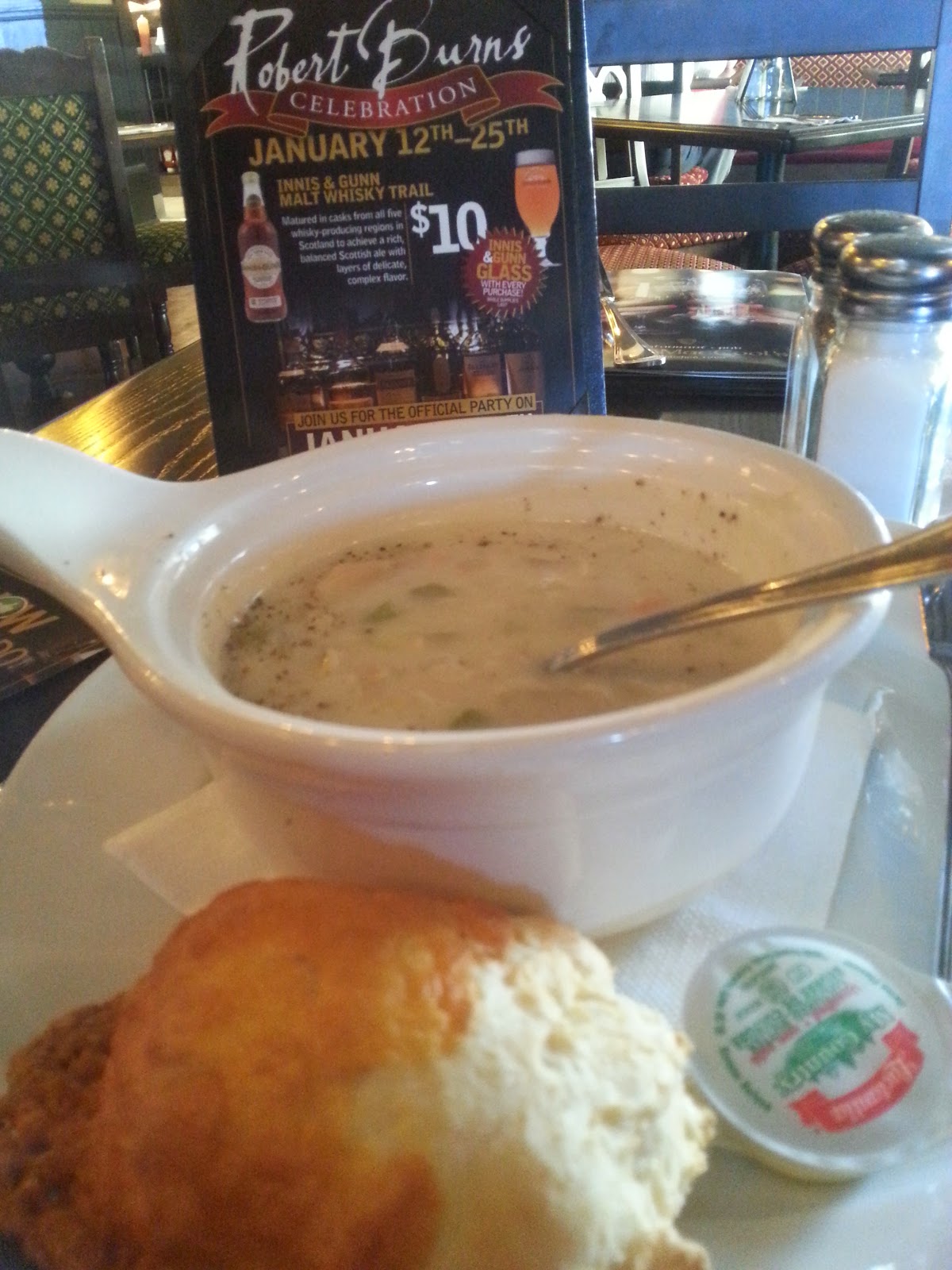 So it was a such pleasant contrast, when on my first visit to the Prime Pubs establishment, Fionn Maccool's, 17315 Leslie st Newmarket, the server was absolutely superb. Nothing fancy or phony - although her, er, kilt, sure got my attention - just pure enthusiasm and a zest for loving the place she worked for and her job. The pretty berny-brunette who served me, Amy, not only bubbled over with genuineness, but knew her menu as well and gushed about the care in the preparation of the food compared to places she'd worked before and the pride the kitchen took - including her chef brother who also works as a lead prep cook in the back of the house.

After choosing a fish chowder to start with on a bitterly cold day, the approving Amy suggested I try the lamb pie with its delicious home made crust which I did. The steamy chowder was fabulous, with chunks of fish and whole clams bathing in a thick gruel, stocked with potato chunks, carrots, and vegetables, served with HOT cheddar cheese scone - again made in-house! 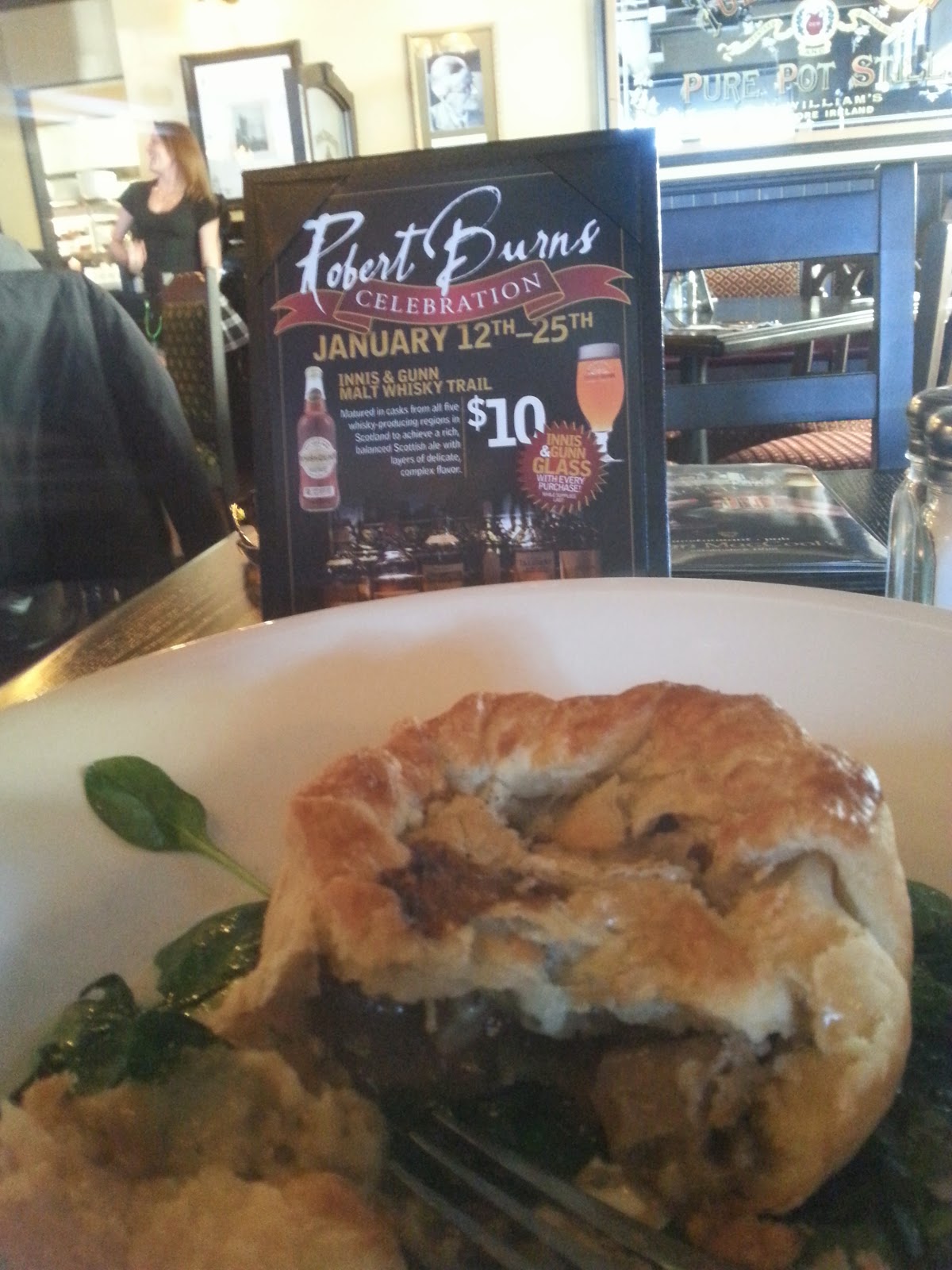 The lamb pie, served on a bed of spinach and sauteed mushrooms, had an incredible flaky but moist crust that my fork flowed through like butter, without having to snap off that final fork-full because of over cooking or microwave use. And what a refreshing dish / menu choice! Perhaps a tad safe on the seasoning and salt side for my absolute tastes as seems the healthy trend these days, but nevertheless delectable, and stocked sparingly with bite sized tender morsels of lamb. MMM-must bring my mom! Amy came back several times to check in and continued to impress with her personality and genuine love of having pleased me...It was like a breathe of fresh air in outer space.

For only $5 more I got a home made cinnamon-infused bread pudding to end it with. Cubed and slathered in Devonshire cream with a side bowl of caramel dip to boot...drool...drip.....er..sorry.

What originally brought me into the Irish theme rooted Fionn Maccools, was having heard about how much they made fresh, in-house, unlike most chains who pre-make and use mostly frozen products which makes all the difference. And having experienced just that at F.M.'s , alongside seeing their imported beer selection, Thursday, Fri, Sat live entertainment, and in-house promotions such as Robbie Burns Days they are surely a Tom's Top 10 for Dining / Entertainment.

Ironically, Fionn Maccool's corporate, Prime Pubs, also owns Casey's Restaurants. Spelt backwards is Yesac (corporation) the original company that also owned the Mother's Pizza franchise and Pat & Mario's Restaurants where I was the Kitchen Manager at the first store in Toronto, and went on to assist in the openings of the new restaurants at Front & Church, Airport Road and Yonge & Eglinton. Pat & Mario's were the first chain style restaurants in Canada to offer a deejay with dance floor and dining under one roof... and always emphasized hospitality.

As I told Amy on the way out,

" You know even if the food had been lousy, I'd have come back for your hospitality alone. Not even so much the service, although it was good too, but more for transferring that genuine love of what you're doing to me, the guest. Great job."

If it was me I'd be grooming her for management or for training the staff for new stores.
And so, as Schwarzeneger says, " I'll be back!" 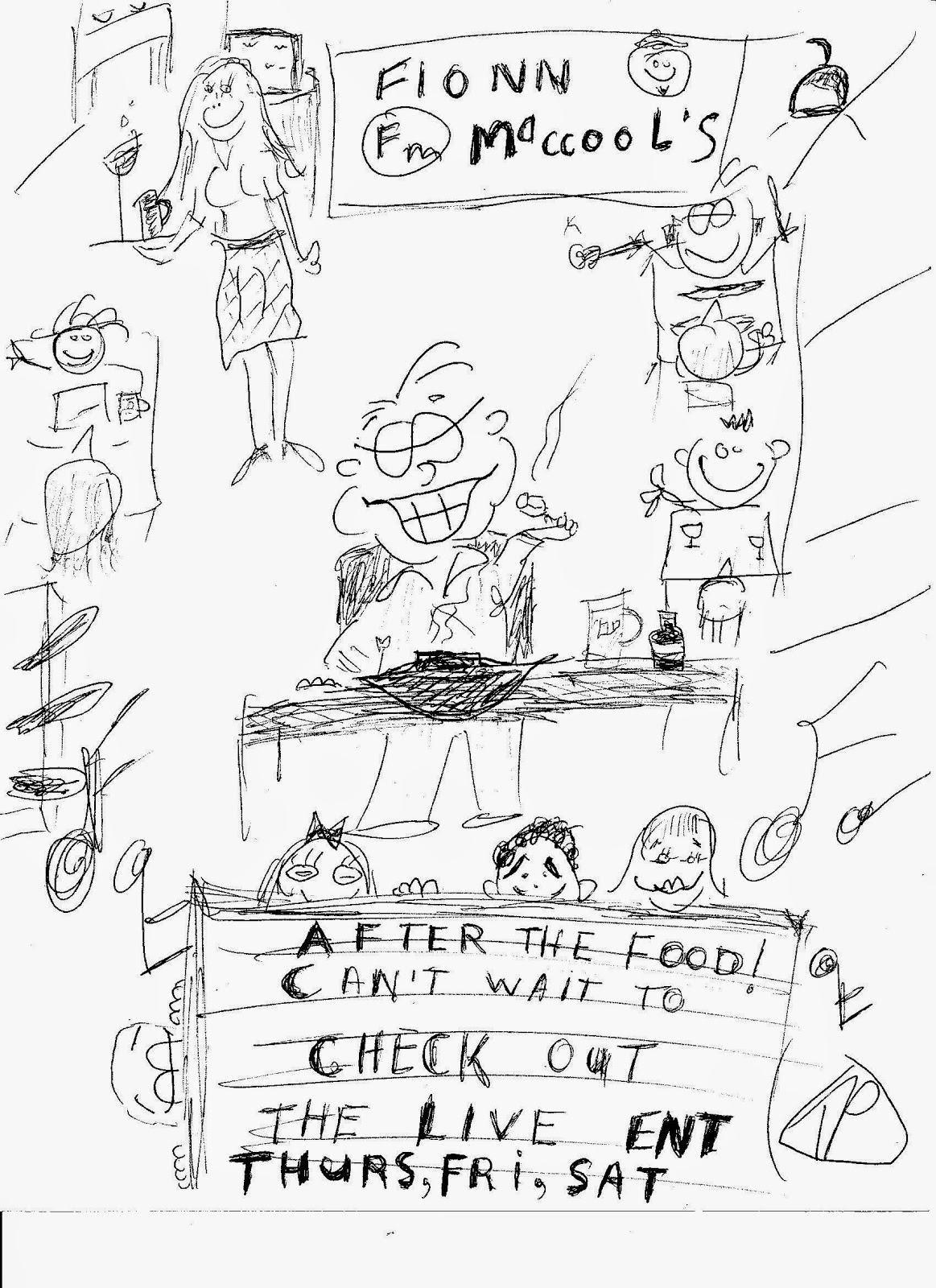