Recently, I discovered a new rock and live entertainment venue - well new to me anyway. I'd heard of The Rock Pile before and knew they had two locations, one in the east end one one the west end of Toronto. But I hadn't attended a show yet and was now glad I had.

The stage size is nice for bands to start with, and the set-up leads to an intimate setting, but it was more than that, the place reeks of fun from the minute you pull up, with its prison themed paraphernalia keeping you howling all night long. I near buckled over when I saw the wall of shame, but the electric chair coming complete with switch told me this was not only a rock house, but a fun house too!

I tried my hand at 'selfies' at the mugshot wall with mixed results as myself and members of the band The Yappers who were to be appearing that night, took turns snapping each others photos. It felt like a Beatles movie with us laughing like school kids at the C.N.E., and, come to think of it, had a similar feeling to it! It brought a fun, playful spirit out in everyone it seemed and as I later relayed this to band leader / composer Ray Yap he replied that every show they've done there has been a blast! I don't know about you but to me that makes a diff - great entertainment helps too of course - but in between smiling doesn't hurt!

The same guy who owned Toronto's infamous Big Bop, which was located downtown on Toronto's Queen St., also owns the Rock Pile locations and kudos to him for not only keeping two great stages open for performers but for being so theme oriented! I love themes and this place is just great! Barb-wire on the patio!? Ha. Death row..and on. Even as we walked the perimeter on the outside it was detailed. Really cool.

Fun stuff aside, without good live entertainment to round out your night the themes a wasted but not on this night as The Yappers and guests rocked the place and the house sound man was
spot on. Quiet in his set up and an older guy, he certainly knew his stuff adding some magic to the performers on the night as well. I don't think The Rock Pile guarantees him every show but it sure helps!

The Yappers et al must have made an impression on the place because they were invited to put together a show featuring not only them and their unique brand of reggae country rock, but also other classic rock and reggae connected acts from their club colleagues, and introducing a new all ages sensation in a show that crossed generations for sure! X, Y AND Z!

I myself, Tom Pearson, agreed to come add some colour to the show through Emceeing the evening and had promised to keep it clean..er..well...relatively so..Ha!

The show started off with Myself going through a bit of a walk down memory lane to warn the kids - we had an all ages band in the house, Undefeated,to stay away from drugs by pointing out that while our parents may have sacrificed through wars, Vietnam, The Beatles and all the good drugs, people in our generation were sacrificing our brain cells! We lived through paraquat for God sakes. Rat poison was used in the making of acid  If it wasn't for the sacrifices our generation made for them they wouldn't be apparently curing cancer now..." Ha, Okay I didn't go that far but I did introduce the first act afterward that being Carl Braund a singer/composer who played mostly original Genesis-like numbers and a couple of covers including a stirring elton johns My Song rendition, and was a good warm up to an evening of energy yet to come. 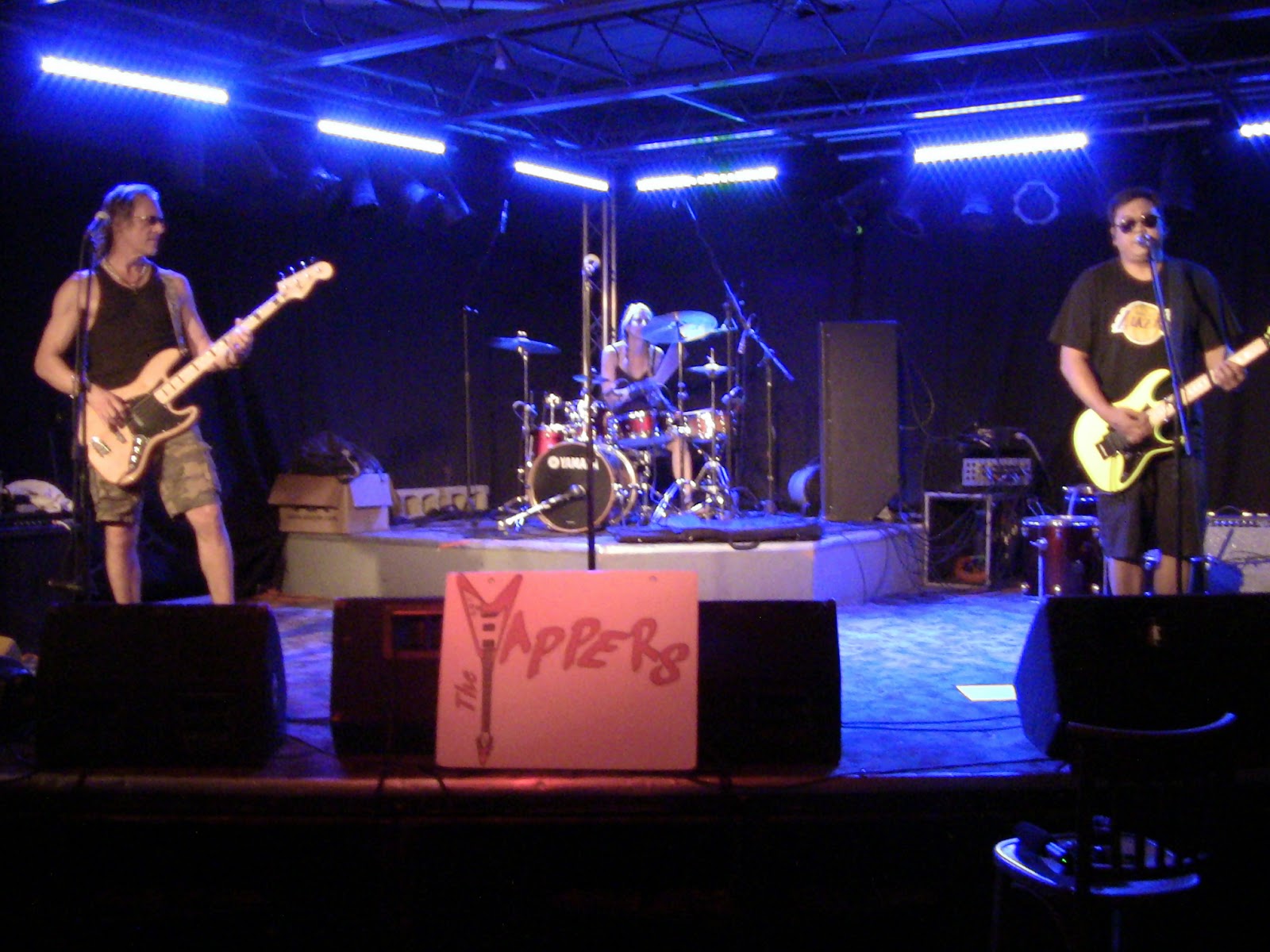 Following Carl Braund, I had originally scheduled in to announce the next act on the slate H TO OH, but hadn't been informed they'd arrived so...What else, we had an air guitar contest! Ha. With help from a couple of younger audience members who, as it turned out, had never seen air guitar before, but who gave it their "all" against me! Wow..swear to you know who, I barely got through it..frickin' longer than I'd imagined it..of course who knew the new generation didn't know air guitar and I'd have to carry the entire song almost!? What have we done!!? Ha.

Next up was Undefeated who are an amazing group of young talent with alternating lead singers and instrumentalists, and drumming that would make Ed Sullivan roll over in his grave. Like the Osmonds, only they play too. And maybe not the dancing.Lol. I look forward to trying to have them looked at by the new ( re - release) show Tiny Talent Time! Anyone remember that show as a kid? If you do don't admit it! Lol. 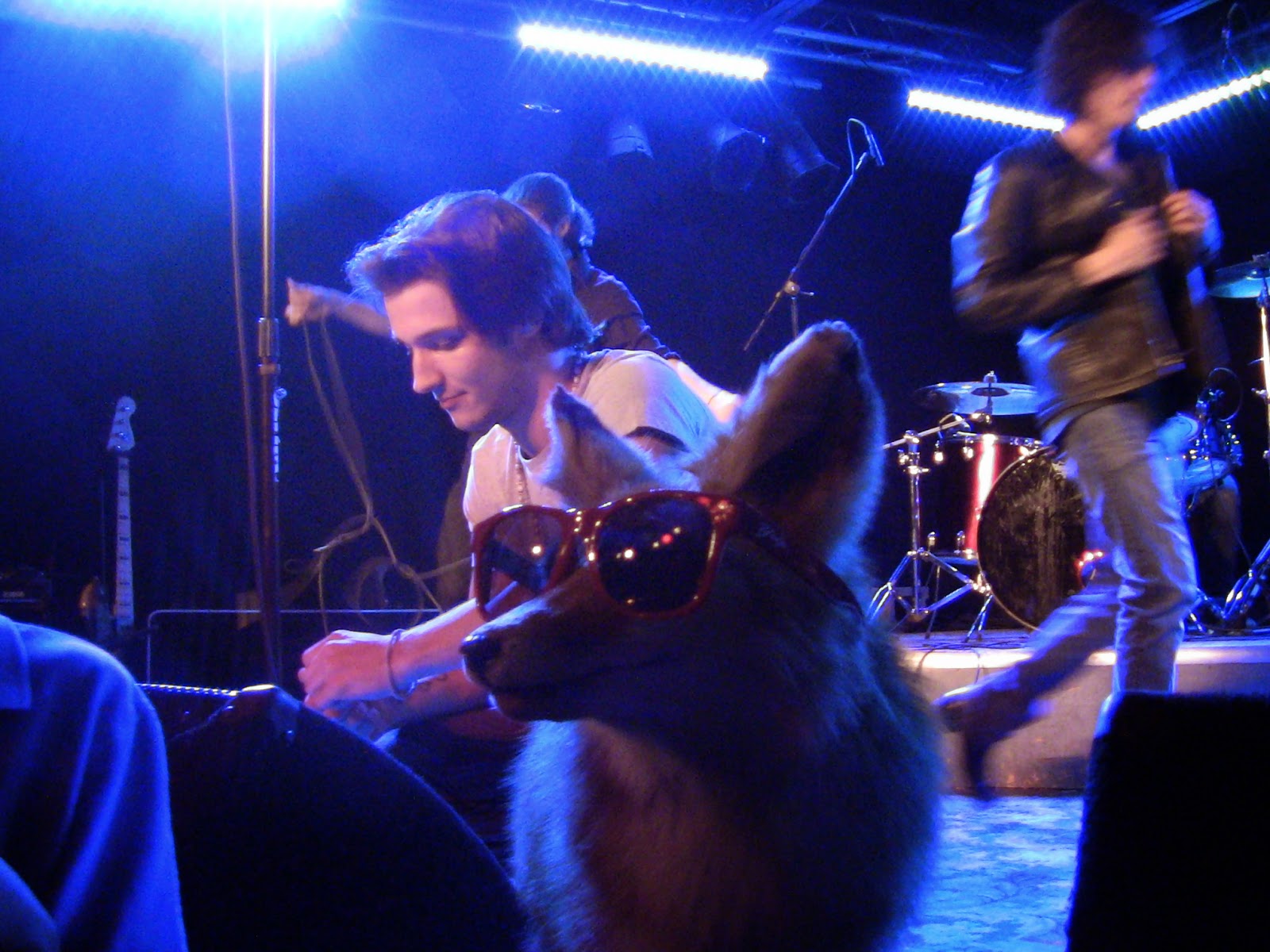 After that It was The Yappers who have come a long way since I first heard them a few years back now. I told Ray Yap after the show how far they've come, and that I could really feel it from them - which is important. Anyone can play, but there has to be fun and feel, or it's not rock n roll..or reggae..or country...The Yappers' hard work is paying off - now into the semi-finals of a North America wide talent search for a concert in China - with winners performing for 800,000,000 people! Holy Chow! 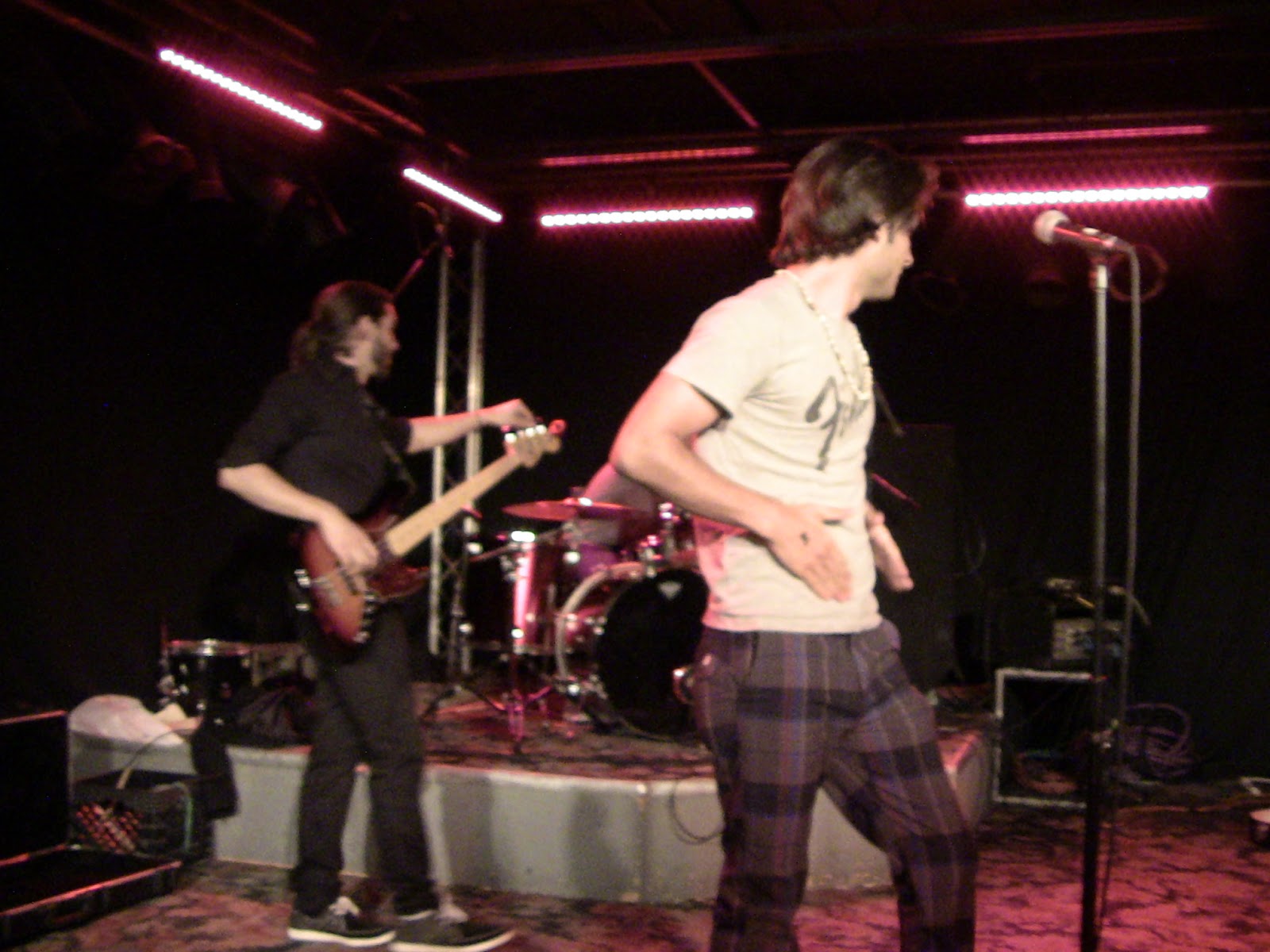 Before announcing The Shallow Seas, mistakenly as the last band, a member of the Ska-ish band asked if I could announce them as THE Shallow Seas, not Shallow Seas, and I took note, literally, on my hand by writing it. Ha. I didn't trust myself and thought better safe than sorry but never did need it. Ha. Their first song seemed a little tentative but their mini throng of followers told me there might be something more to them and I wasn't wrong! These guys could rock! The lead singer after getting into a groove was showing the mic a bit of love whilst the others and lead guitar especially also got their energy levels whipped into a frenzy at times. The Beatles cover was o.k. but doing The Guess Who was absolute killer, while the original material was outstanding. Not sure how the Fox fits the theme, but the guys say someone brought
along to a gig one day and it just stuck. I told the crowd afterward I'd been worried with all the hip hop loving new generation avbout the future of rock but with bands like these guys coming down the pipes - and all the bands to that point - I could rest easy. Great job lads!

Quickly after they were done I made sure to let the crowd no that H TO OH was still to come, and, as the last band it is always tough, so as some bands were unloading and some followers streaming outside to chat and smoke, I felt for that final band. But hey, I was almost spent! Lol. 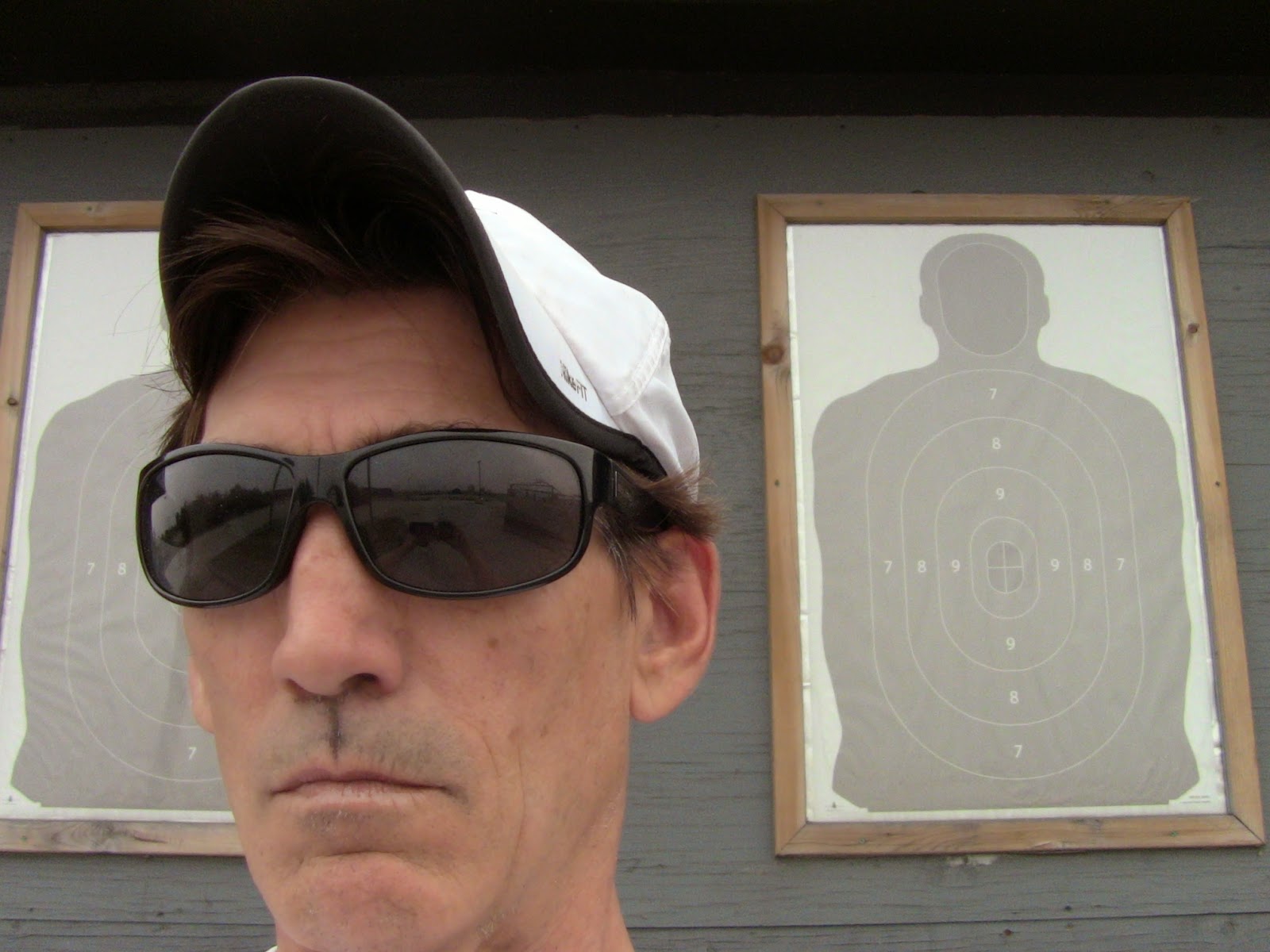 Still in I went determined to rock on, which I did, and they did, all classic rock,  playing the whole gamut and good old Canadian stuff too with everything from Bryan Adams, to Neil Young with a memorable performance with the vocalist / Drummer and his son accompanying them. The good ol boys showed em all they could still rock and made for a classic ( rock) ending!

House Sound man Jake was again phenomenal, even playing along with my air guitar game without complaint. Lol....and somehow I avoided being thrown in the hole or face the firing squad!

Great venue, great (place to do) time! TP OUT!


I used to be an Associate Producer of feature films. We didn't produce them like most Canadian production companies would, with grants and the like, but by finding private investors from cold calls. That is how I was trained - to entice and convince American businessmen, over the phone, to come on-board our movie production as a partner - whether it be Hansel & Gretel with Taylor Mumsen and Howie Mandel or Miracle Dogs or Super Cross or whichever we were producing at the time. Our minimum investment was $25,000 American and it was an unbelievable high when you closed a deal, which I learned from the best - an Executive Producer with 30 films to his credit and with whom every word mattered - and who'd explode if you screwed up. One day he over heard one of the Associates guaranteeing something to a prospective investor. After he hung up he was summoned into the office ceremoniously. Doors hid nothing. 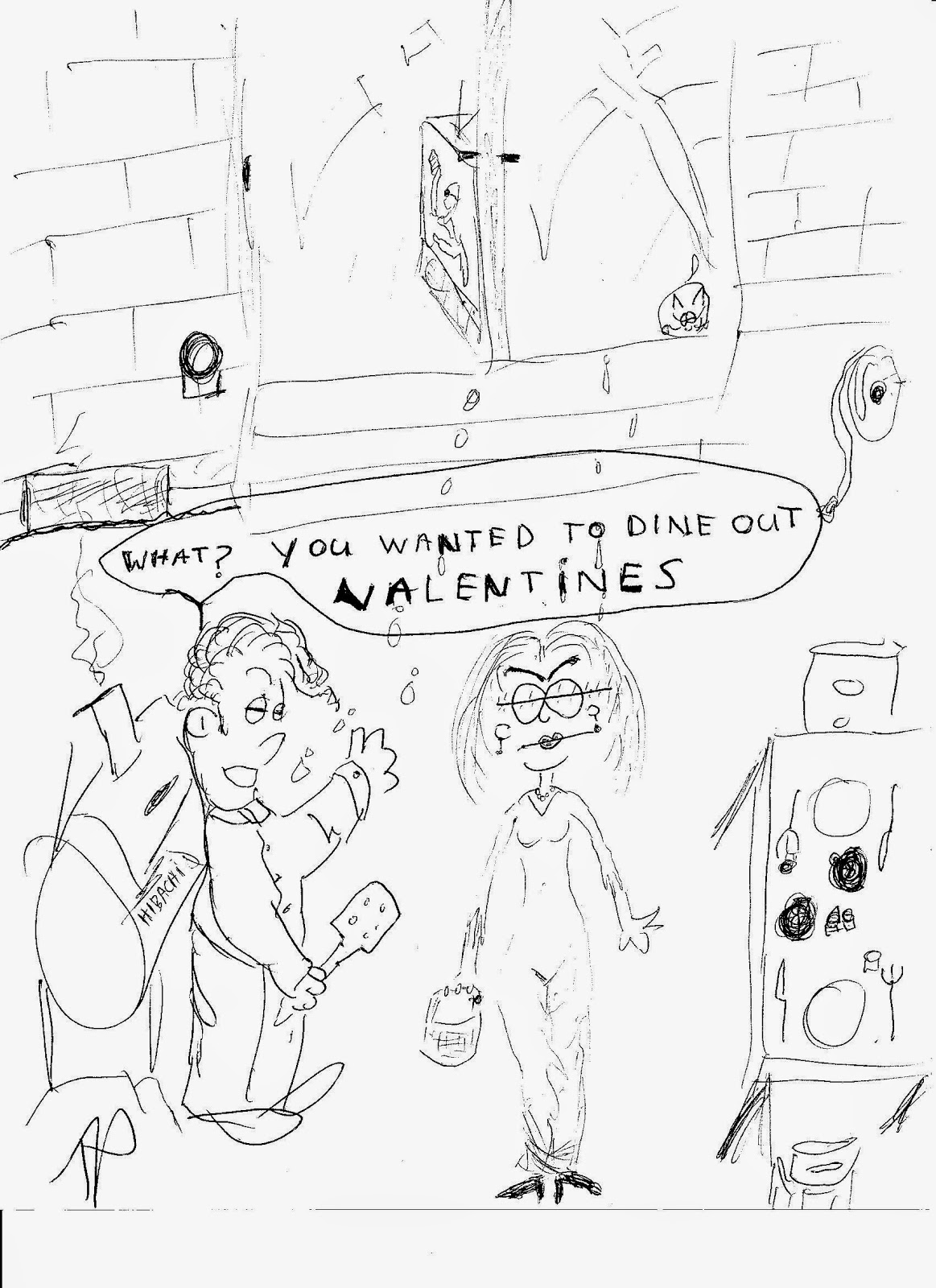 " Never, ever guarantee anyone anything!" he bellowed whilst throwing something that slammed the wall, "There are no guarantees in life! You can't guarantee that tomorrow is even going to be here!"

"But I wasn't guaranteeing the deal", he tried to interject but Bossman was having none of it.

" I've told you about this before! Now get your stuff and get the fuck out. I don't want to see you for the rest of the week!"

Get ouuuuuuut!!!...Followed by a lot of slamming and kicking of things for several minutes after he left even.

In the end he helped me bring in a million dollars using his methods, tops in the company, but the pressure to perform was quite something. Lol. I left before the roof came down. 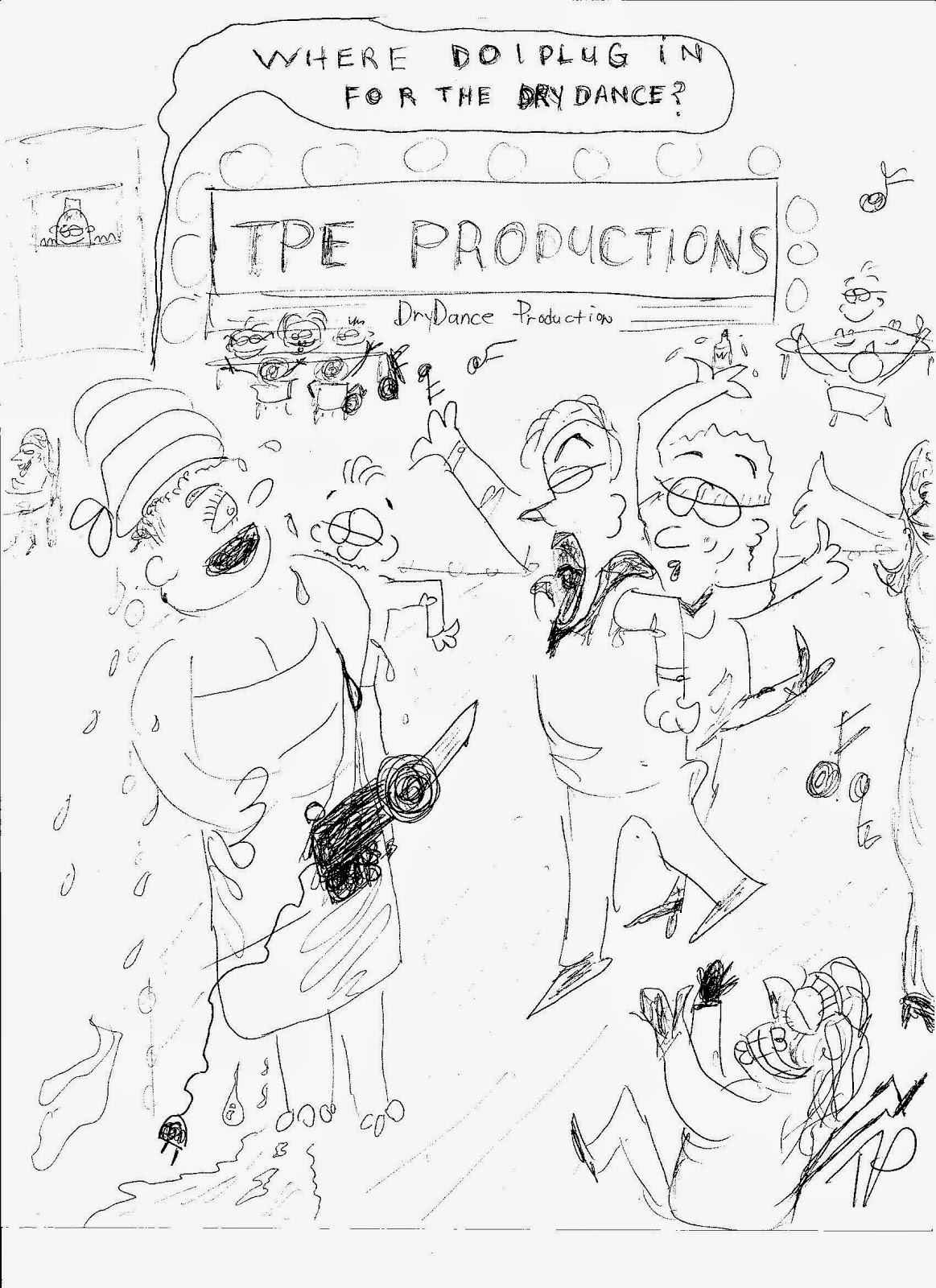 I raise this lesson because the other day someone posted a negative thing about TP Entertainment because I "screwed her out $" due to a cancelled night she had booked to sell her "ladies" passion products. Huh, you ask?

Let me esplain Lucy ( Ricki Ricardo voice lol). I was looking to bring in some lady guests for a live 'talkshow" type format at a bar for a ladies night and had thought this person with the lady passion products, which were love lotions and oils mostly, would be a good fit, as it was different and 'sexy". I had discussed the concept with the owner who'd asked me to come up with an idea for a ladies night and who'd agreed. The house was to also host special drink prices and ladies night menu but before we went live she took it upon herself to visit to the venue without me, and apparently inform the staff she'd be there pushing vibrators on the patrons, so next time I went in, they advised me that under no circumstances could I have her / them there.

I turned to the owner and said "I told you about this, we discussed this", to which replied,

" I didn't understand what you meant"

I tried to explain to the owner that she would be just a guest and we'd just have some comedy fun showing some lotions when she guested  - and we could tell her no vibrators - but it was too late, the waitress pool was already tainted, so when I informed missy that she could not be a guest, she blamed me.

Even as I tried to explain to her that the owner's English wasn't perfect, and he may not have understood completely (he did), and that these things happen. Nope, I cost her money and that's all she saw and therefore feels that makes it o.k. to badmouth me on Facebook and that is fine, however I'm not the owner, and had she stayed away, instead being so snoopy and loud, it would have been fine. There are no guarantees in life schweethaat ( said using a Humphrey Bogart voice) and I guarantee you I never "promised' or "guaranteed" anything! Sometime promotions don't work out, and when they don't, guess who else loses? The promoter that's who, so spare us the sob story over one missed night!

I so can't refrain from telling you to go F@#k yourself!