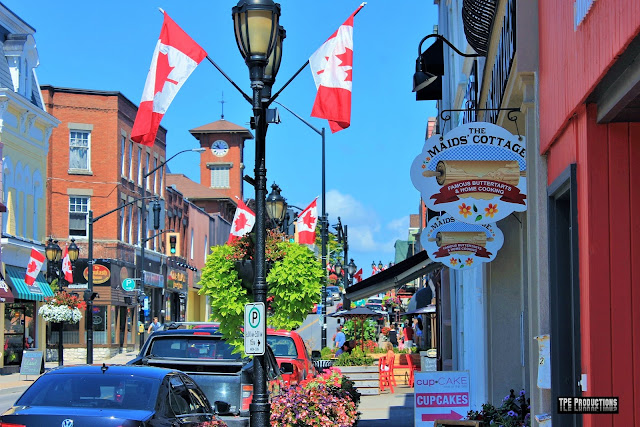 Maintaining a functioning town's Main Street is a dilemma that is featured across small town Canada, heck even small town USA. It's not unique to have an issue with Main St's, being that they are expected to reflect the culture of a town and by extension its town folk, while also remaining functional and able to do enough business to continue existing.

By leaving it up to fate, sometimes you end up with too many restaurants or coffee shops, and the ones with the best deal or product or deepest pockets survive but that's not a way to create a good, functioning Main St. You should have a plan. And you should know a number of variables - foremost of which would be adding, shops, restaurants and events that attract business and feed each other - not off each other. What I would do would be to compile a wish list of best case scenario tenants for a Main St. coming off a master wish list designed to enhance the street.

To Newmarket's credit they've already done a study and produced a detailed town / downtown action plan that pretty much mirrors what I've mentioned thus far, but in the end, leaves no conduit that leads to those changes.


The 72 page 2013 released action plan mentions 4 main pillars people fell into for going to the downtown core which included,

Special Events or Festivals on Main, Restaurants on Main, The Farmer's Market, History charm and architecture.

Notably still missing on Main in 2015 - arts and culture, a mentioned desired space taker according to the action plan, not to mention people don't list it tops as a destination to actually SHOP!


Recently I had a good look at the Town of Unionville's set up, attending on a Thursday evening where the patios, shops and street were packed with people. Of course they have a different dynamic than, say, Main St Newmarket, with Unionville having a much wider road and sidewalks areas to work with allowing for more patio frontage, and adorning both sides of the street in stretches.

The night I attended, they also had their "band in the park" event,a very high end Beatles clone band who could also be heard from nearby patios adding to the ambiance, as they have a Gazebo style stage right on their Main St..

After the concert, and presumably before, people would swarm through town along Main, parking, often strategically taking people along it as well increasing the ease and opportunity for business to occur. Live bands or piped music could be heard starting up in some pubs and establishments alongside the murmur of chatter from the abundance of patios and street walkers.The restaurants, shops and patios were bustling with people, but, like any Main St, they too had a few gaps yet to be filled.


Improving the mix and composition of Main St Newmarket was deemed critical to the future success  according to the plan, a job for captain obvious, but how to get er done!?. I'd mentioned a wish list of desired prospective tenants earlier and lo and behold this very report may indeed have already done that! Cool!

So what types of establishments do we need? According to the plan and one of it's committee members, Nancy Bernard, not " too many restaurants", as Unionville apparently had too many in 2012, but they still have many more with patios than we do now, and on both sides of the road, which we do not!

All things being equal though, we're not the same, thus why every Main St has its own unique challenges. For example after an event at Riverwalk Commons, nothing pulls people naturally along Main St like Unionville's does, and nor is there a stage right on Main in Newmarket, unless for a rare special event or festival.

Brand identity is another mentioned and I've long maintained we should market Newmarket as Canada's Main St, with movie productions shot here listed as well as local landmarks and postcards, Newmarket shirts, Main St T's, Mugs etc could support that branding. The feature film Regression for example coming out in theatres was shot right on Main, as were many others - that's marketable stuff to outsiders not from here, but they need to be informed. Behind the scenes filmimg video. Other recent productions shot on Main St Newmarket was 2011 thriller Dream House.

Another point the study makes - attract the public to Main St. following the farmer's market - but again, no plan. One could always move the market right onto Main St. which has been done here successfully, or hold simultaneous events with vendors while the farmers market is on.... or what else could be done is an information flyer advertising various specials and attractions about Main St. and made available via a booth at the farmers market and / or any festivals held at nearby Riverwalk Commons. Include a coupon discount type design into it and encourage people to visit Main.

But once they arrive on Main, and they get beyond the beauty and the restaurants, we want to turn that leisurely stroll into higher numbers of strolls and ultimately sales, by adding more interesting shops / attractions.

One main obstacle is parking, an ongoing issue which could be resolved through several means. One Councilor suggested knocking down a 50's era fire house to accomplish more parking while I prefer a new spanking patio there, where none exist on the west side..a gap that needs filling but not with a parking lot.

The tennis club seems to me the best spot for new parking and logical being its located adjacent to existing parking. Moving the club to , say , the property on Davis Drive already a community centre already, that the town spoke about selling, would allow for a move without having to change the official development plan for the area. No variance would then need be applied for resulting in the quickest route to new parking.


Existing events on Main need support and as well nearby ones need include them as much as possible including the Jazz+ Festival which should have events coinciding with Main St as part of the festival and perhaps include it on Main for a portion of it. There was not enough spill over business in 2015 from my observations and so an area that can really be improved still!

Still, if one's honest, one can say we are lacking somewhat on Main regardless and do have some gaps to fill but with what?

One area of concern is the old post office that used to house seniors but now site empty, the owners hoping for approval for condominiums, a plan for which was rejected. Since that ruling, the owners who also own the adjoining row of buildings that housed stores and residents vacated them, the properties now boarded up and an eyesore. At some point this will have to be revisited again, but one would think some sort of tenants will be an end result which would serve to help support Main as well. The city of Hamilton has made it law that old buildings such as churches must keep the outer structure intact and designs that wrap around keeping them. Ultimately Newmarket's clock tower will need something doing to appease the parties involved, including the towns folk, and keeping part will certainly have to be in the design mix.
Two things the study mentions in relation to restaurants were to do with cashing in on grants for using local vegetables. I say great, but whatever happened to actual stores selling fresh fruit and produce and flowers etc. In the old days you'd see them in abundance and today not so much - but China town is ripe full of such places and we could be following the directive goal of including culture two ways here!


In Orillia I saw a General Store that started up in 2015, and believe it or not it's an idea I've mentioned previously for Newmarket's Main - should it includes hardware supplies, keys cut, unique souvineers, minor groceries and maybe even photocopying for the modern version, it might fly.

Orillia even has an entire store dedicated to music and art mostly from the Beatles era called AlleyCats as well as a guitar / music store! Mind you they have had a Beatles festival going there for the past 8 years competing with semi-nearby Collingwood and their Elvis fest.

A Beatles Festival would fit the definition of bringing a diversity of people across all nationalities, as the Beatles were a world-wide phenomenon, not to mention the British roots, from whence Newmarket got her name. They would also cover many marketing demographics including all age groups and Main st lends itself naturally to the era. Hmmm..Beatle Mainia! Lol. 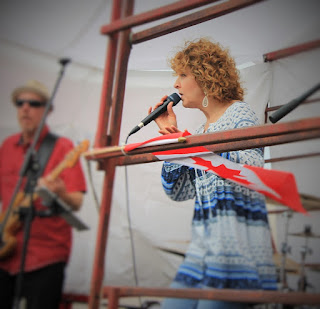 In addition to an increase in events on Main, my wish list may include;

A Music Store and place to develop talent / lessons / workshops would definitely suit both the needs of the street to add character, but also functionally, and is one of the directives sought out tenant types.

Old and Rare Records store....alongside our famous comic books author on Main  a records shop with retro and nostalgic trade-ables would also be cool. Some may not know this but we had one for a short time and it was beginning to look good when they had to leave.

Convenience Grocery Store - the old days saw typical Main St's with stores selling fresh fruits and vegetables and certainly there is room for that on Main for the right vendor, possibly representing the Asian community or Italian or Mexican and include some products unique to their culture - again covers the plan's directives.

Antiques - convince someone to relocate to the Main S

Grocery Store - once condos are built nearby in the future it could be sustained.

West Side - Restaurant / Confectionary / Patio - West side of main part of Main St south has the only natural spaces for a street side patio of size..Either where the fire hall is, post office, or existing Brad Jone's Karate, are the only spots wide enough to accommodate such a move however.
A converted fire hall works in Unionville.

Shishi Bar - popular, cultural - maybe too early in Newmarket for this. 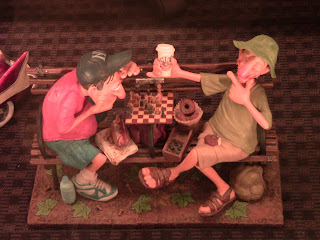 To pursue these types of businesses is one thing, but to convince someone to do a startup or move an existing business there from another location may not be so easy - so I propose offering an incentive to those businesses on a wish list via grants / rent rebates for the 1st year or two to get established. Then they'll be able to proactively seek them out and fill up Main st Newmarket with new and interesting businesses and have the parking to support it!
TP out!