A Top Choice for New Year's Eve in Newmarket for Dancing, Dinner, Party! 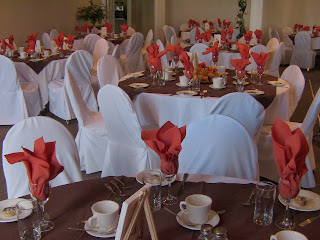 With 2015-16 coming up, Stellar Hall in Newmarket, Ontario, Canada is starting to form its own New Year's Eve Traditions.

Having known the owner's family prior to the first D.H.Catering location opening, when a then strapping young owner, Johnny Cutrone, came and asked my opinion on the idea of opening a breakfast spot, wherein I think I said, "Go for it!" Its evolved since then to catering and now also a hall.

We met when I was a single dad working at Glenway Country Club as a bartender & filling in as fine-dining night waiter too, as they didn't have anyone who knew French Service - other than one other guy & Johnny who I'd coached on it. He too was a single waiter then who'd learned his craft mostly working for a caterer at Aurora's Atrium from a young age and we hit it off as friends despite the age difference. Young pup! lol.
So it was only a natural that he evolved from breakfasts, to catering, to a full fledged Stellar Hall, as is now sported at 1220 Stellar Lane Dr. upstairs above the bowling alley. Of course, he now has kids as well as a wife, and whilst mine are older we're all friends and that's what New Years Eve is about - spending time with friends & good people, and so who better to play host and for me to attend at on N.Y.'s, especially when part of your job is to assist with the nights success! 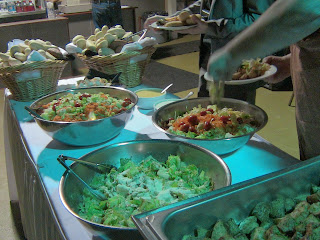 The food speaks for itself - Fresh always with a variety of delicious entrees on the gourmet buffet, Carving Station, Hot H'ordeuvres, Midnight Buffet, Champagne Toast!

A recent visit to Ottawa convinced me rock and roll was alive and well and in revival mode, whilst I also discovered a form of entertainment I'd never before witnessed - two in fact - including aboriginal throat singers and a native dancer dancing with hula-like rings which she danced artistically with in a challenging routine that seemingly multiplied the rings in numbers as she writhed her way to the spectacular conclusion where all symbolically appears as one ring ball. 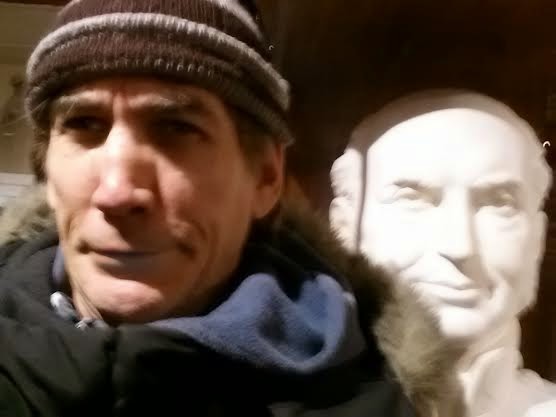 I say rock & roll is alive, because the local bar we attended, filled with young people, most likely students, flocked there to take in the live duo of entertainers who pelted out classic rock tunes, such as The Beatles and other era greats, with unbridled passion.

The musicians, seemed to love to play and were technically very good, especially the lead vocalist / guitarist and their expression and feeling for the music, which transcended the audience, grabbing their attention from the opposite sex or their beer, throughout their performance. That showed me there is still another generation enjoying and feeling the music, and that is a good thing, having noticed the same passion and phenomenal talent wherever I go in Ontario Canada, from Newmarket to Toronto to Hamilton to Niagara...the passion and drive lives on!

Question is then, with a seemingly huge appetite for those both playing and listening to live music, why is it bands often have to book clubs out for the night themselves and or get a promo guy to and sell tickets themselves in order to play more and more often? Often bars expect the bands to bring all the attendees to their establishments for these one off nights whereas in the old days bands would just show up and play for a price with an inhouse crowd already expected.

One needs look only at the demise of such iconic Toronto area live venues, such as Healey's, Club Blue Note, The Gasworks, The Big Bop, El Mocambo, Rock & roll Heaven, Nags Head North and on. Even Toronto's version of Hard Rock Cafe isn't set for live on the main floor.

One club that's hung in there is The Rock Pile East or West locations, owned by the former Big Bop owners, but, unless you're a known headliner, you're on your own for attendees which results in rock shows that often have mixed fans resulting in some who come for just their band and split - whereas I've found the Hip Hop people much more supportive of each other that way. Weird quirk. Ha. Who knew rappers were nicer than rockers. Lol.

At any rate, I'm still getting calls from acts that want to be booked and venues needing acts, and will keep hooking it all up.

I look forward to some cool upcoming shows and will keep you in the loop!