Recently, ha, like yesterday, TPE heard from the people who handle Yoko Ono's art, Artsy - having found us online from one of our optimized entertainment / art blogs.

In the blog in question, I took readers and viewers into the unveiling of some rare Beatles art, and later interviewed the host and man who was instrumental in being the one that lured John Lennon to Canada - with Yoko Ono and The Ono Band - to play his first ever gig outside The Beatles.

Although Paul Mcartney announced his separation from the band first, it was actually John who 1st played apart and had made known his intentions to the band that he was leaving. Yoko of course has been infamously blamed by some for the break-up, but if not for a savvy Canadian promoter, Johnny Brower, able to convince John to leave his stash at a time when he was a junky, it may never have come to be...So Let It Be!
At any rate, the creators at New York's ARTSY, whose mission is to make all of the worlds art available online, also handles Yoko Ono's work and other prominent artists works for sale online and for shows, and have thus far amassed a very impressive stable of relevant artists.

TPE has agreed to look at what we can do to assist them towards their mission so you can look forward to a more in depth look at Artsy and, perhaps, convince them to stage a showing in the Toronto / GTA area!

"I saw that nothing was permanent. You don't want to possess anything that is dear to you because you might lose it." Yoko Ono 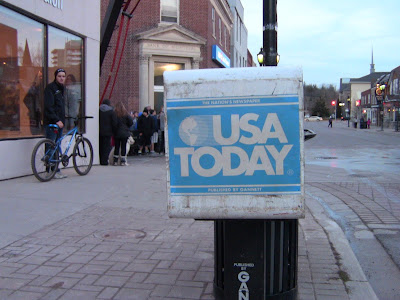 Back in the 90's, I was working as an actor in minor roles on mostly American productions shot in Canada. I had bit parts on TV shows like Secret Service, Top Cops, Canadian TV movie The Steven Truscott Trial, "cult following" vampire cop series, Forever Knight ( twice, aired on CBS), and on...There were some major films shot here back then too, lots of them. Harvey Keitel was like a resident he was here so often.  Toronto was booming due to the combination of our low dollar and tax incentives and granting formulas that had American productions shoot here often. TommyBoy Scene 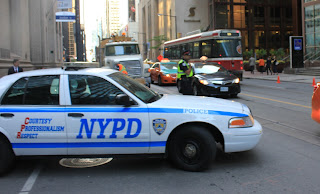 Later there became somewhat of an outcry from U.S.A. industry crews, that shows and movies depicting New York should be shot in N.Y. etc, and that by making productions in Canada, they were somehow un-American. And being un-American was uncool. That, politicized, mixed with some US states beginning to wise up with their own incentives started an an end to that era. Almost overnight it dried up to almost nothing. Maybe it was a blessing in disguise for me, as around that same time I'd acquired full custody of my kids, and 3:00 am shoot starts for Forever Knights and the like I simply could no longer manage. Many Toronto and Canadian actors and industry people had to find other vocations or pursue live performing. Like me. 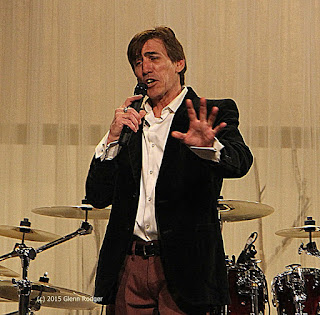 In recent years however, more and more productions rely on in-studio special effects like green screen technology and thus state-of-the-art indoor studios and special effects editing became more and more in demand, for which, Toronto industry folks were early to jump on, opening up one of the biggest and best in all North America while surrounded by a core of skilled industry professionals at the ready for hire should the projects arise.. and arise they have.

Toronto's studios and production have slowly, almost quietly, climbed back into bed with the big boys, with more and more major productions again being shot here. With 1.1 million square feet of studio space available inside the city now it's no wonder. Pinewood Studios alone has 250,000 sq feet of studio space under one roof. And none too soon, as Canada's dollar goes low, all-time low-like, which has always served as a tipping point for productions shooting in Canada. Nothing pleases a Producer more than being able to save several hundreds of thousands of dollars, other than one going on to earn $millions for them. 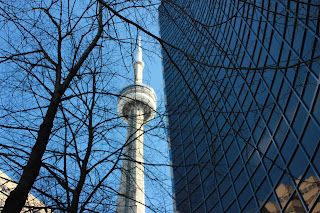 In 2015, I was focused on producing low budget documentaries, entering one into and winning the Playr Festival awarded Best Documentary, but somehow I still felt unfulfilled, and realized I itched for more onscreen roles. When I had an accident that resulted in being unable to physically lift a camera for some time, I decided what better opportunity to revisit acting and on-screen roles, taking a part in an on-line production featuring Super Heroines to hone up on my skills and collect some $. 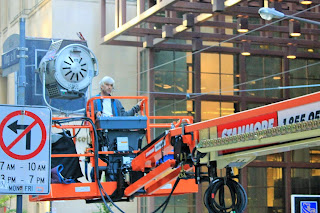 Before spending two weeks shooting there, I hadn't even known there was a production facility this (40 mins) north of Toronto, near Newmarket Ontario, Canada, let alone it had been used to shoot scenes for The Titanic, Night at the Museum and Catch Me If You Can.  The town of Newmarket itself, ironically, has served a number of times as 'downtown USA in movies like 2013 remake of Carrie and 2015's Regression, but those are the exceptions over the past decade.

Smaller budget productions also have had a place in the sub-culture of the craft / industry, feeding the hungry acting minions whilst the industry has suffered, even alternative / fetish style, and with online abilities today, can be easily viewed to a broad audience. Although I look forward to my episodes 'airing", shot in winter and being released on-line in mid summer, but still, for those that dream, the big screen is the goal, and, to that end, the conditions here are just ripe now for an influx of mainstream productions to start popping up. 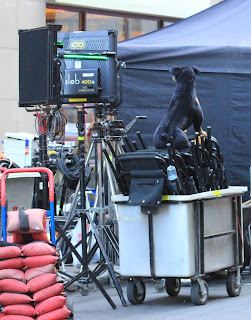 Canadians themselves need to open up their minds to how productions are financed as well, as US productions don't rely on government grants to finance their productions, but private and corporate investors. Risk takers. Something we Canadians are not as we are typically conservative investors and may never be as adept at "the making of" therefore, methinks...but boy..can we act!

Watch for Canada's "New" boom industry. 2016 will be a resurgence of TV and Film productions shot here...because $ talks.