Highway 11 Cruisers Car Club are not the Newmarket Car Club!

I feel compelled to write about car clubs.
Car clubs you ask? Why? What possible connection do car clubs have to entertainment or events or venues? More than a little bit as you'll soon read! 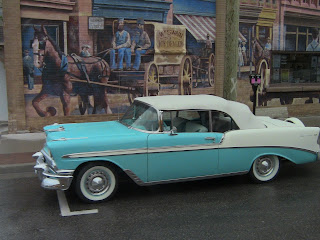 Firstly, I know squat about car clubs and have no qualifications to judge who has better cars or is the best group. When I grew up, what we considered Newmarket's car club hung out at the donut shop, and that's where you'd see all the cool cars all shined up-like and waiting to be ogled. We youngins' would flock like bees to honey as we looked over the beauts usually whilst the cars owner(s) would sit inside the local donut hole with some gorgeous "babe" - most often out of our leagues, before drive - thru's you see. Ha.

Then we'd all gather as the car started up, sometimes greeted with a short spurt of speed if it was a muscle car, or we'd just take in the essence if it was a nostalgic car. Of course even back then the coppers would nail you for show-driving so a short burst was usually all we got... in town at least. That story for another day! But it was a memory brought back when I saw the listing for the Highway 11 Cruisers as the Harvey's on Yonge. Cool!

Possible politics aside, I can instantly see where a rivalry could start though between car clubs as exists here, add in ex member elements which are bound to creep in you likely have a definition for it. All I know is I've had dealings with individual members of both groups in the past and all seemed like good guys.Except they wouldn't let me drive their cars.Ha.

In fact this past summer I think I may have gotten off to a rocky start when, through blogging, we may have referred to the Highway 11 Cruisers as the other club. Gulp. Ooops! What I meant the heading to read was just: Newmarket car club hosts..blahblah blah without giving a name, but just that it was a Newmarket based car Club, and thus the confusion methinks. Confused? So was I but no more!

The Newmarket Car Club - not the Cruisers - had adorned the Deli House Catering's Stellar lane parking lot at an event with some very cool vehicles whilst at the same time Deli House offered up BBQ burgers and a make-shift stage sported some cool 50's, 60's era tunes. Refreshments were served up too and a fun outdoor event seemed to be had by all.

Problem was, at that time, we hadn't really met the guys from the Cruisers or Newmarket Car Club yet and as online promoters for Deli House Catering, we were just trying to draw attention that D.H.C was hosting a fun event outside rather than focus on the minute details of who the actual club was, band, etc - details of which I didn't have at the time and as everybody who knows Johnny knows- if he's busy he's sometimes hard to nail down. Ha. Essentially I thought the two were one and the same thus my confusion when it turns out the Highway 11 Cruisers are hosting New Year's Eve there! 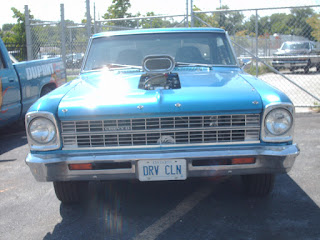 Headed by president Danny Fachini, the Newmarket / highway 11 corridor based Highway 11 Cruisers Car Club also hold many an event with Sick Kids being the recipient - like New Year's Eve Gala - also at Stellar hall upstairs in their beautiful hall with room for up to 200 New Year's revelers!


Knowing what I now know, I of course respect the distinction between the two clubs and the importance the identity relayed as such to be. Now, in my defense, outsiders wouldn't know the difference as someone put it to me, but that aside I will certainly endure to word future car club events with a critical eye to detail..just like a pinstripe on a car! 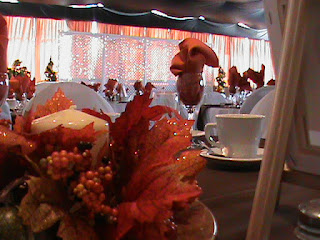 I mentioned I'd had dealings with both clubs and to that end a member of the Newmarket Car Club, which incorporated as a non profit in 1982 but claim existence since 1974, helped me through editing a piece of the short film Shoots, Scores  I Wrote / Directed for the YRDSB's Quest for Youth 2012 - he did a great job dealing with my patience and I look forward to it airing on Rogers in the future or possibly entered into the York Region Media Festival...we shall see..until then....It's Christmas so...let's all just try a liiiiiiiiiiiiitle harder to get along (spoken in my Sat Night Live Church Lady impression voice)....Just for Xmas..Ha!Ho!HA!?

One last car connection both Deli House and TPE will be hosting a booth at the 2013 Newmarket Winter Carnival along with car sponsors Newmarket Mitsubishi Motors and P.A.C.C. on Sat Feb 2 at Fairy Lake Park!

Have some great food and play our road hockey skills challenge all for a great cause - The Friendly Neighbourhodd Youth Road hockey Challenge......Car!