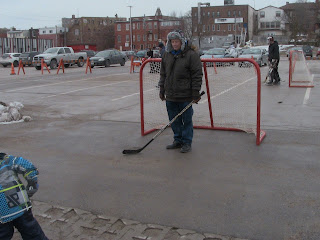 It was a great day for youth last Saturday with the Bradford Rampage busting into to Newmarket and walking away with the annual shinny crown.

The Friendly Neighbourhood Youth Road Hockey Challenge in it's 9th year had it's first out of town winner, pushing teams to already be vowing to wrest The Mulock Cup back next year!


Admittedly with a smaller budget than in years past, and with only a handful of volunteers to pull it off, we were happy I think just getting through this year.

Ever reffed while making hot chocolate? I have! Okay, I did have someone take over before rushing out to start the third.

But that being said the competition was close with both the semi-final and final games of the youth tourney portion being decided by a single goal. 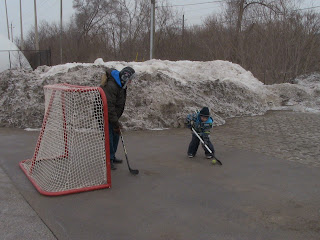 The semifinal, featuring the Mulock Hawks and the Brayfield Bears went 8-7 Bears, while in the final it was Brayfield vs the Bradford Rampage with the Bears just falling short 9-8 in the end.

Bears player Tyler Gray was awarded the Mike Thornhiill Memorial Award for outstanding contributions to the community. Tyler who volunteers for his community's annual family picnics, clean-ups, as well as delivers the community newsletter and is always there for any community event - staying to the end. He represents the type of youth leader we feel need be recognized and awarded. He has also has been a returning member of the Bears team for a number of years taking the initiative to knock on doors in order to do so! Good job Tyler and congratulations!

This years event had a definite Elvissy feel to it with local living Elvis Priestly ( Dorian Baxter) also hanging out to play some all ages roadhockey and do some singing. Singer guitarist Matt also sang and played some acoustical tunes while youth social network founder Jazzled's Wendy Marais also stopped by to help out!

The Lion's Club hall served as an ideal spot for teams to register, regroup, and get warm in between games - and eat up the free hotdogs and drink the hot chocolate! 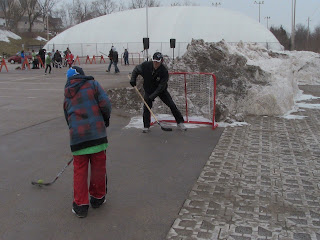 Skills Contest prizes were awarded by Canadat.com - cool duffle bags stuffed with goodies and a CanadaT.com card redeemable at the Main St Newmarket South location for a cool printed T-shirt!

Elvis Priestly -AKA Dorian Baxter showed he has game - albeit I think he's a little more skilled as an orator than a hockey player thank-you very much!!

Volunteers made the day as without them - ref Matthew seen below - we'd of been toast. 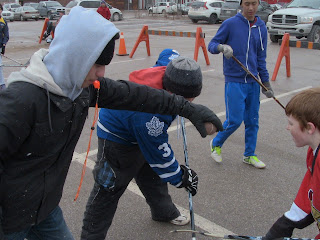 We look forward to next year's 10th anniversary and hope to attract more support from the local council and community as it was disturbing not seeing one politician stop by at such an event that offers all kids a chance to play together for community pride. A shame the councillors or mayor didn't show the same pride in their's and form ward teams! When we first started 9 years ago we hoped especially local councilors would embrace it as a way to connect, but it hasn't worked out that way. Maybe next year we'll get a more community oriented council that can see why embracing and participating in events designed to engage all youth are important for the town. 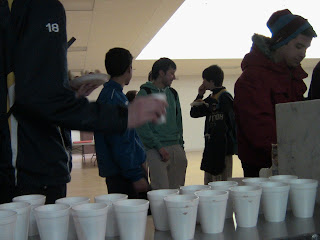 
Special thanks also to

Newmarket Mitsubishi Motorswww.newmarketmitsubishimotors.ca for their sponsorship money. As the event had no government assist funds or town event grants attached to it the private sector support became very much needed! 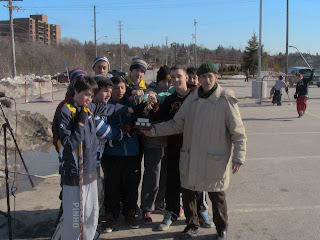 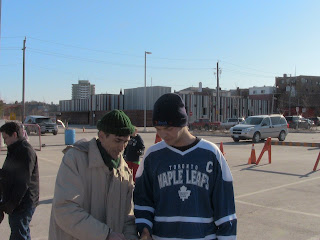